Pankaj Tripathi, who plays PR Man Singh in Kabir Singh’s cricket drama 83, has revealed he took advantage of his seniority on the sets of the film. The Sacred Games actor will be seen as the manager of the cricket team which went on to win the first cricket World Cup for India in 1983.

Pankaj is part of an ensemble cast which includes all from Ranveer Singh, Tahir Raj Bhasin, Saqib Saleem to Ammy Virk, Harrdy Sandhu, Jiiva, Jatin Sarna to Sahil Khattar. Talking about bonding with his junior co-stars, the actor said, “I’d take advantage of my seniority and my role to admonish them sometimes, and if we packed up early, I’d regale them with stories and my extensive knowledge.”

Pankaj was talking to Mumbai Mirror about the upcoming film which missed its release date in April due to coronavirus pandemic and the lockdown. The actor spent all of his time in lockdown with his wife Mridula and daughter Aashi. He said Aashi is yet to decide on her choice of career but is highly concerned about the environment. “Even when they prune trees during the monsoons, she wants me to join her in protesting against it,” he said.

83 will now hit the theatres countrywide in the first quarter of 2021, Reliance Entertainment said last month. The film also stars Deepika Padukone as wife of Kapil Dev, played by Ranveer.

Also read: Ammy Virk, Himanshi Khurana slam Kangana Ranaut for opposing farmers’ protests: ‘One can ask government for security but not their rights’

Pankaj recently saw the release of Anurag Basu’s Ludo in which he plays a contract killer. The actor received positive response to his performance. He also saw the release of the second season of web show Mirzapur. He plays Kaleen Bhaiya in the gangster drama. During the lockdown, he also saw the digital release of the film Gunjan Saxena: The Kargil Girl. He played the role of Gunjan’s father in the film which had Janhvi Kapoor in the titular role besides Angad Bedi.

His upcoming projects include Sandeep Aur Pinky Faraar, which is yet to get a new release date after being postponed due to the pandemic. He also has Sanjay Gupta’s Mumbai Saga in his kitty among other projects.

Katrina Kaif calls herself a ‘noob’, talks about her funny struggles with video interviews. Watch 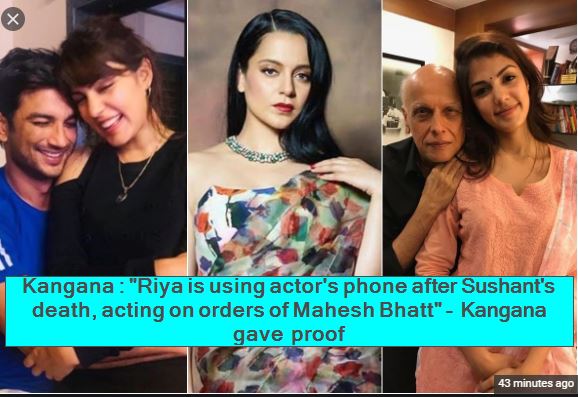 Ankita Lokhande scolds boyfriend Vicky Jain in new video from Diwali party: ‘You don’t talk like this on social media’