After weeks of feuding with another contestant, Bennett Jordan will be part of the dreaded two-on-one date on the Dec. 1 episode of ‘The Bachelorette.’

Noah Erb has rubbed a lot of fellow contestants the wrong way on season 16 of The Bachelorette. More than anyone else, though, Bennett Jordan hasn’t been afraid of calling out the 25-year-old. Now, Tayshia Adams will have to choose between the two of them after they partake in a two-on-one date with her during the show’s Dec. 1 episode.

“The tension mounts between Bennett and Noah and the drama becomes a major distraction for Tayshia,” a press release for the episode reveals. “JoJo [Fletcher] pays a visit to the two men to set up an impromptu two-on-one date before the next cocktail party.” As we wait to see how this all plays out, here’s more to know about Bennett:

1. Yes, he went to Harvard. Bennett has not been shy about sharing the fact that he went to Harvard with Tayshia, the other contestants and viewers. He graduated with a Bachelor’s Degree in Political Science and Government in 2007. Bennett says he “grew into himself” while attending Harvard, according to his ABC bio.

2. He works in finance in New York City. Bennett has been working for Whitney Partners in New York City since 2016. The firm is dedicated to financial services. He began as a Director of Wealth and Alternative Asset Management, and was promoted to Managing Director in 2019. Before that, he worked as a Wealth and Asset Management Recruiter at Sheffield Haworth from 2014-2016, an Asset Management Recruiter at Global Sage from 2013 until 2014. His first job out of college was at Citibank.

3. He uses yoga and face masks to relax. Bennett isn’t ashamed to say that he likes to indulge in yoga classes, as well as winding down at the end of the day with a face mask.

4. He was previously engaged. On The Bachelorette, Bennett opened up to Tayshia about previously being engaged. However, the engagement was called off when he and his ex realized that marriage was not the right step for them. “I was close, and I knew it wasn’t right,” he explained.

5. He isn’t exactly humble. Bennett hasn’t held back from bragging about himself on The Bachelorette, and admits in his ABC bio that he thinks he is “the total package.” 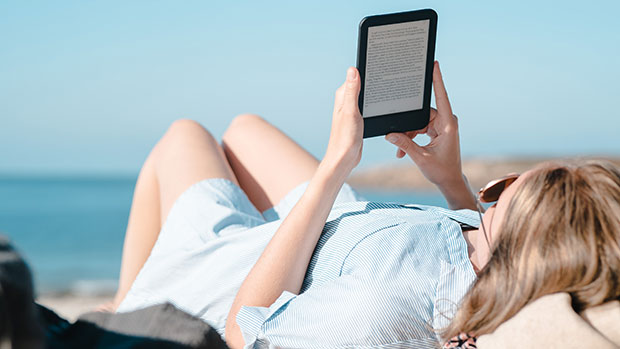 Read Your Favorite Books Anytime, Anywhere With The Kindle Paperwhite Which Is 38% Off On Amazon Prime Day