Stargazers were in for a treat in the early hours of Monday with a Beaver Moon – the full moon of November – going through a penumbral lunar eclipse.

The entire eclipse began around 2:32am EST on Monday morning.

The moon was scheduled to be at peak illumination around 4:30am EST, Accuweather said, and will be visible in all of North America, South America, Australia and most of Asia, depending on the weather.

The November moon got its name for the time of year when beavers scurried to their shelters ahead of winter, according to The Old Farmer’s Almanac.

It was also historically the time when hunters trapped beavers for their pelts. 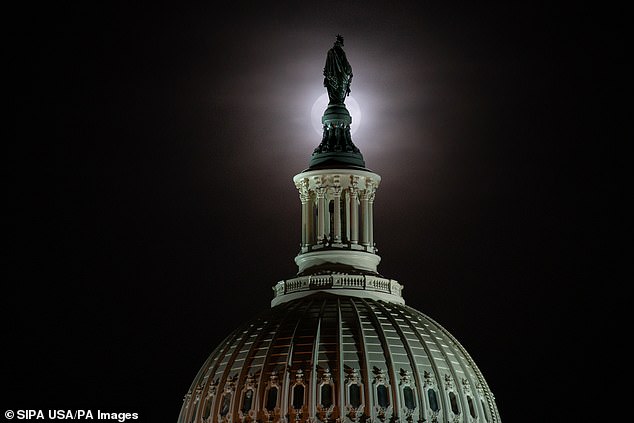 The Beaver Moon rises over the Capitol in Washington DC

The moon is sometimes known as the Frost Moon, the Freezing Moon and the Digging or Scratching Moon, dubbed for animals foraging for nuts among fallen leaves.

The last astronomical event of November will be a penumbral lunar eclipse, similar to the eclipse that took place in early July in North America, according to Accuweather.

‘During a penumbral lunar eclipse, the moon passes through the Earth’s outer shadow, called the penumbra, and misses the darker inner shadow, which is known as the umbra,’ Accuweather said.

‘This is different from a total lunar eclipse when the entire moon passes through the darker umbra.’ 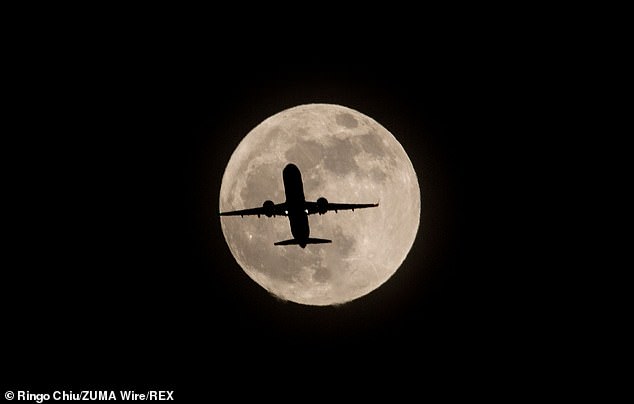 About 85 per cent of the moon will turn a shade darker during the peak or middle phase of the eclipse.

While this type of shading effect of the moon is visible, your best chance to see it may be through a telescope, according to NASA.

Unlike with solar eclipses, eye protection is not necessary. 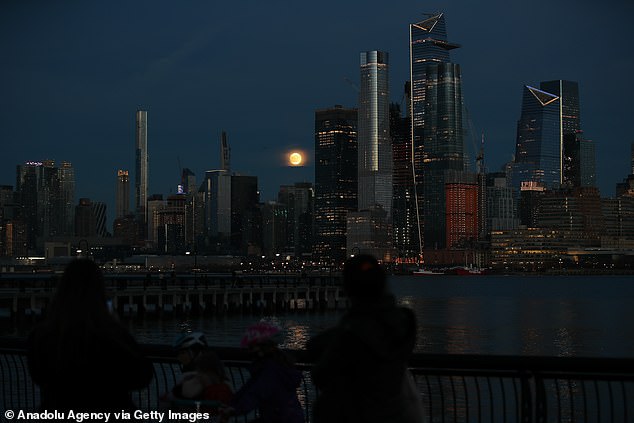