Romain Grosjean miraculously walked away from a horror crash that saw his car torn in half during the early stages of Sunday’s Bahrain Grand Prix.

The 34-year-old Frenchman’s Haas went up in flames after skidding off the track and smashing into a safety barrier.

Grosjean veered off the track after just three corners, hitting the barriers with an impact registering at 53G.

Replays have since showed Grosjean frantically leaping out of his fireball inferno with the aid of a medic.

He returned back to the paddock in a medical vehicle, before gingerly walking to an ambulance for tests.

Haas confirmed that Grosjean suffered minor burns on his hands and ankles but was OK as he was checked out by Doctors, before being taken to hospital.

“Romain is doing okay, I don’t want to make a medical comment but he had light burns on his hands and ankles,” said Haas team principal Gunther Steiner.

“Obviously he’s shaken… I want to thank the rescue crews who are very quick.

“The marshals and FIA people they did a great job, it was scary.”

Stewards recovered Grosjean’s Haas from the wreckage, with the vehicle split in two.

It sliced in half on impact, with one part of the car going through the other side of the barrier, making his escape, relatively unharmed, even more remarkable.

Further replays showed that Grosjean moved to the right of the track, before clipping the front-left wheel of Daniil Kvyat’s AlphaTauri before crashing head on into the barriers.

There will be question marks as to how Grosjean’s car managed to penetrate a steel barrier and even if the race will resume. 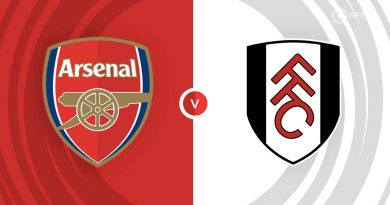 Arsenal vs Fulham, Premier League: When And Where To Watch Live Telecast, Live Streaming