New Jersey woman fired by Starbucks for refusing to wear an LGTBQ pride shirt with the word “Pride.” The worker did not want to use it due to her religious beliefs.

Betsy Fresse, who is a Christian, started working as a Starbucks barista in December 2015, and filed a lawsuit against the company last week after managers fired her for not wearing the LGBTQ community support shirt.

During a meeting at a manager’s office in June 2019, Fresse noticed a box of Starbucks “Pride” T-shirts on a desk. She then asked if she would be required to wear one, which for her would be “equivalent to forceful speaking” because believes that the Bible defines marriage as between “a man and a woman only“.

“Mrs. Fresse has a personal religious belief that all people need Jesus. Mrs. Fresse believes that every Christian is called to love and treat everyone with respect and compassion, regardless of their religious or other beliefs ”.

Fresse’s manager told him that he wouldn’t have to wear the shirt at work, but a district manager told him in late August that his job had been terminated, according to the lawsuit filed Nov. 19 in the U.S. District Court of New Jersey, as reported on Fox News.

A Starbucks separation notice quoted in the filing said that Fresse was fired for violating the company’s “core values” and that she said her colleagues “need Jesus” when they handed her the shirt.

“We uphold these values ​​when we embrace inclusion and diversity, and we welcome and learn from people with different backgrounds and perspectives,” said the termination notice.

Fresse’s lawsuit, which alleges unlawful discrimination, seeks back pay, punitive damages and payment of his attorneys’ fees. It also seeks a permanent injunction preventing Starbucks from “not conforming to the sincere religious beliefs” of employees.

When contacted for comment, a Starbucks representative said Fresse’s allegations were unfounded.

“We are well aware of Ms Fresse’s claims, which are unfounded and we are fully prepared to present our case in court. “

–You may also be interested in: Cervecería de Colorado will deliver free beer to your home in a sleigh with reindeer Vegans, abstain: The most popular alcoholic beverages are made with animal derivatives | The State 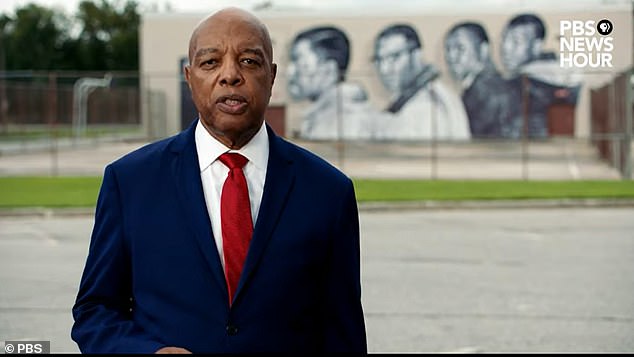