By Luke Kenton For Dailymail.com

Two grandparents were bound and robbed by a group of five armed men during a home invasion in San Antonio early Tuesday, while their daughter managed to escape the terrifying ordeal with her baby by fleeing out of a window.

The incident occurred just after 2:20 am at a home in the 2400 block of Cincinnati Avenue, near to North General McMullen Drive, on the west side of the city.

Police say the five male assailants, who were all wearing body armor and holding weapons, kicked in the front door of the home as the victims were sleeping.

The men immediately went into the grandparents’ bedroom and used zip ties to restrain them, News4 reported.

They then reportedly began shouting, ‘Where is the drugs? Where is the cash?’ at the victims, who were not named. 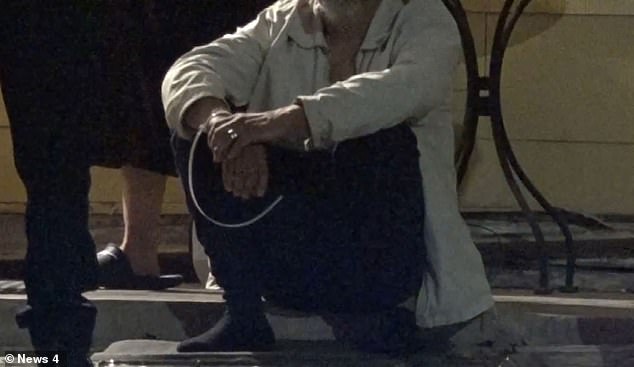 One of the victims is shown above, with a zip tie still visible around one of his wrists

The group ransacked the home but found no drugs, police said. Instead, they stole the victim’s cell phones, TV and an undisclosed amount of cash.

Police say the men also demanded the titles to the man and woman’s vehicles.

The men then fled the scene and police were called. There was no sign of the suspects once officers arrived.

Investigators say they’re still working to determine whether anything else was stolen from the home.

The victims’ daughter and granddaughter were also in the home at the time of the break in.

After hearing a commotion, the daughter grabbed her baby and fled the one-story residence out of a window. 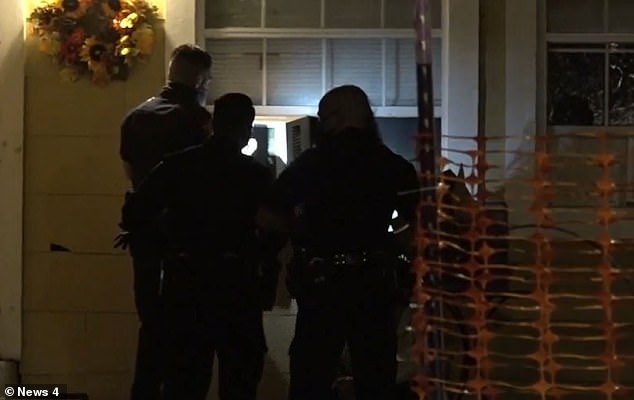 The group of men had been demanding ‘cash and drugs’ from the homeowners, but found no drugs on the premises The victims’ daughter and granddaughter were sleeping in the home (above) at the time. She managed to grab her child and flee out of a window

No injuries were reported in the ordeal, but the victims are said to have been left incredibly shaken up.

The San Antonio Police Department did not say why the home was targeted. They also did not offer a description of the men, but said they were all dressed in black.

So far, no arrests have been made in the investigation, which remains ongoing.

The San Antonio Police Department has not yet returned a DailyMail.com request for further comment.