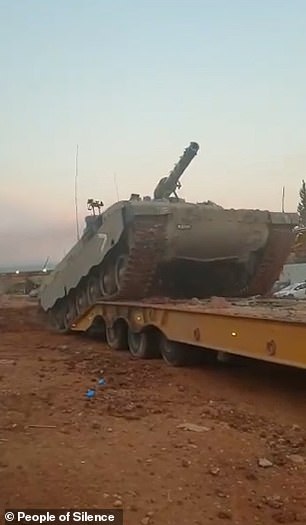 Tanks for nothing: Israeli tank nearly crushes soldier guiding it onto transporter as it accelerates and flips onto its back

By Sophie Tanno For Mailonline

An Israeli tank has crashed off the side of a transporter, video circulating on Twitter shows.

Footage shows the tanker mounting the transporter before accelerating and crashing off the side on Sunday.

The tank nearly crushes the soldier who is guiding it into place as it rolls onto its back. 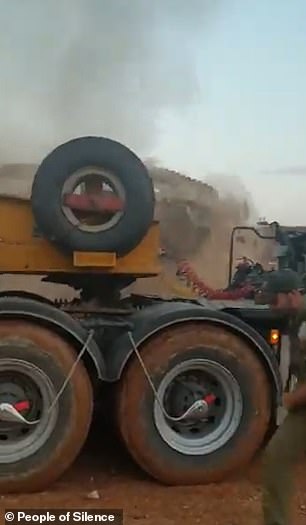 Footage shows the tanker mounting the transporter. left, before speeding up and crashing off the side, right, on Sunday

A video taken from a different angle shows how the tanker drove over the edge of the transporter before crash landing.

The Israeli Merkava tank ended up overturned with smoke pouring out of it.

The incident reportedly occurred near a military base in the Jordan Valley. 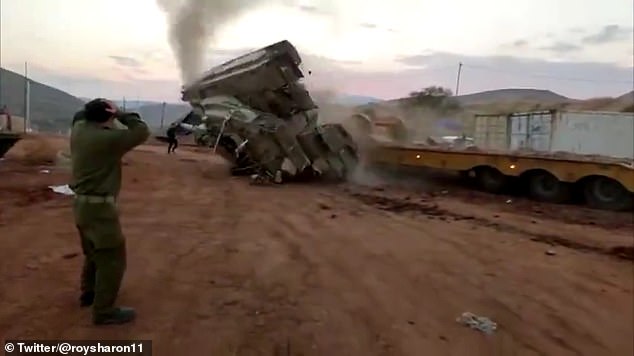 You gotta roll with it: Tank comes crashing off the transporter 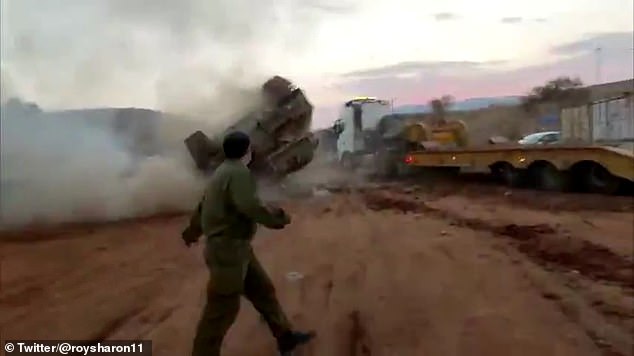 Holy smoke: Fumes pour out of the vehicle as it rolls across the ground 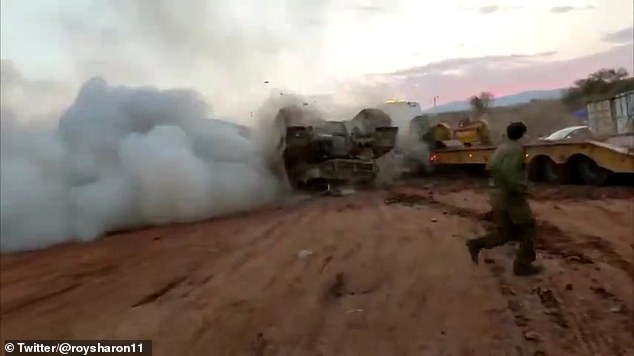 I’m outta here: Israeli soldier quickly moves away as smoke billows out of the tank

No one was seriously injured in the incident, although the Israeli soldier driving the tank reportedly suffered minor injuries.

He was expected to be released from hospital later that day.

The IDF has launched an investigation into the incident. 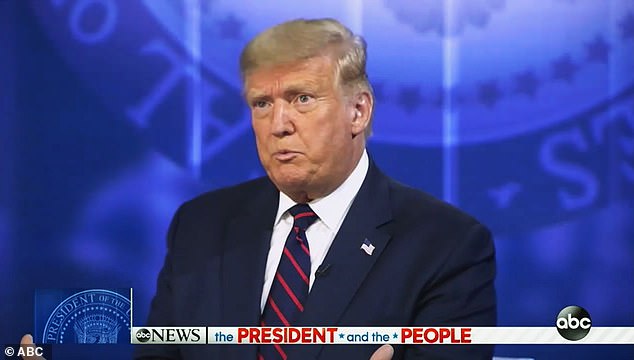 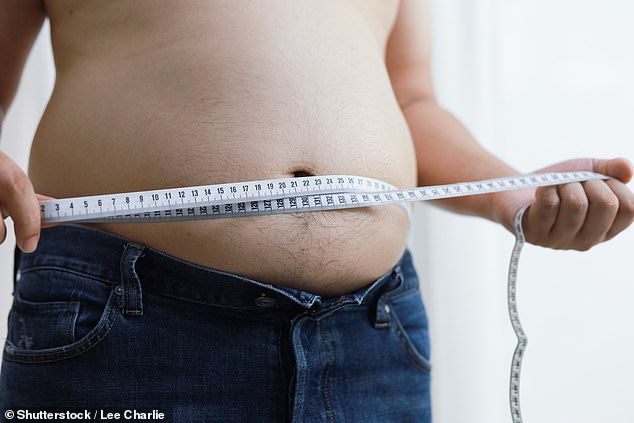