Mr Corbyn was suspended as a Labour member last month after saying anti-Semitism in the party was overstated, before being reinstated on Tuesday following a disciplinary hearing.

But Sir Keir yesterday announced he would not restore the Labour whip, meaning Mr Corbyn will continue to sit as an independent MP. His decision provoked a furious response from Mr Corbyn’s supporters.

A total of 32 Labour MPs and peers from the Socialist Campaign Group described the decision as ‘wrong and damaging’ and called for it to be reversed.

Len McCluskey, head of the Unite union, who is one of Mr Corbyn’s closest political allies, branded the decision ‘vengeful’.

He accused Sir Keir of ‘despoiling party democracy’, adding: ‘The continued persecution of Jeremy Corbyn – a politician who inspired millions –by a leadership capitulating to external pressure on party procedures risks destroying the unity and integrity of the party. I urge Keir Starmer in the strongest terms to pull back from the brink.’

There were reports last night that Mr Corbyn was considering legal action. His allies suggested he could allege ‘political interference’ in disciplinary rules, according to The Times. However, MPs said there were no grounds for a legal challenge.

Mr Corbyn was suspended by Labour three weeks ago for his reaction to a damning Equality and Human Rights Commission report which ruled the party broke equality law under his leadership. Last month, Mr Corbyn was suspended as a Labour member for saying anti-Semitism in the party was overstated. He was reinstated on Tuesday following a disciplinary hearing

He was reinstated by the party’s National Executive Committee (NEC) on Tuesday. Yesterday, following pressure from Jewish groups and threats to resign from moderate MPs, Sir Keir issued a statement saying: ‘Jeremy Corbyn’s actions in response to the EHRC report undermined and set back our work in restoring trust and confidence in the Labour Party’s ability to tackle anti-Semitism.

‘In those circumstances, I have taken the decision not to restore the whip to Jeremy Corbyn. I will keep this situation under review.’

Ex-shadow chancellor Mr McDonnell said the action was ‘just plain wrong’ and would cause ‘more division and disunity in the party’ while Miss Abbott said removing the whip ‘raises serious questions of due process’.

At a time of national crisis, division in the Labour Party serves nobody but the Tory Government.’ The head of the Unite union, Len McCluskey, who is one of Mr Corbyn’s closest political allies, called the decision ‘vengeful’ But Dame Margaret, who was said to have been on the brink of resigning after the NEC ruling, said: ‘As Corbyn has refused to accept the findings of the EHRC report, refused to apologise for his actions and refused to take any responsibility, withholding the whip is the right decision.’

Sir Keir’s move also won the support of the Board of Deputies of British Jews.

Mr Corbyn was suspended from Labour last month after claiming the scale of anti-Semitism had been ‘dramatically overstated for political reasons’ by opponents inside and outside Labour, along with the media.

He has not apologised, but issued a statement ahead of the NEC meeting saying concerns about anti-Semitism were ‘neither ‘exaggerated’ nor ‘overstated’. The decision to readmit him was made by an NEC panel of five members who are independent of the Labour leadership – but they had no power to restore the whip.

Last night a YouGov poll showed 50 per cent of the public backed the Labour leader’s decision while just 21 per cent said he was wrong.

However, only 38 per cent of Labour voters supported Sir Keir compared to 32 per cent who did not, indicating serious divisions in the party.

A fight for soul of the party Keir MUST win

By Ian Austin, Former Labour MP, for The Daily Mail

When Keir Starmer was elected Labour leader seven months ago his first promise was to ‘tear anti-Semitism out by its roots’.

Anti-Jewish racism had poisoned the party under his predecessor Jeremy Corbyn and the new leader vowed he would restore Labour’s reputation as a decent party.

Sir Keir was determined to introduce all sorts of changes to show the party had learnt its lesson. He didn’t have much choice because Labour had become the first party in history to be subjected to a full inquiry by the Equality and Human Rights Commission, the official body established to tackle racism and prejudice.

Their verdict was damning. Labour, they found, had broken the law in its treatment of Jewish people and the commission demanded a series of changes to the party’s procedures.

Corbyn claimed the problem of anti-Semitism was ‘dramatically overstated for political reasons by our opponents inside and outside the party as well as by much of the media’ – he always thinks he is the victim of a conspiracy to smear him.

But Sir Keir suspended his predecessor from membership of the party.

And I welcomed this, having repeatedly criticised the party for failing to deal with the scourge of racism.

What happened next was very much less welcome, however.

Everyone expected there would be a proper investigation, not just into Corbyn’s comments about the EHRC report but to deal with outstanding complaints about his behaviour in the past.

But on Tuesday, amid rumours of a deal brokered by the powerful boss of the Unite union Len McCluskey, it emerged that Corbyn’s case was being fast-tracked to a disciplinary hearing held under the old discredited rules the EHRC had demanded should change.

Corbyn, meanwhile, issued a so-called ‘clarification’ which completely failed to apologise for the comments that had led to his suspension, let alone the offence he had caused to Jewish people over the years.

On top of this, we received the shocking and deeply disappointing news that Corbyn’s suspension was being lifted and he would be readmitted to the party.

I couldn’t believe that Sir Keir allowed the hearing to take place and the panel had arrived at this verdict.

More importantly, Jewish people told me they were furious, felt betrayed and let down. So much for the changes that had been promised.

The anger was so great that yesterday Sir Keir did not restore the whip to Corbyn, but too late – the episode has done great damage to his leadership.

Three weeks ago, when Corbyn was suspended, Sir Keir appeared decisive, seeming to make the changes he had promised – but letting the former leader back in reversed all the progress that had been made in the Labour Party I loved.

I joined Labour as a teenager in Dudley to fight racism. I served it proudly for 35 years as a local councillor, Member of Parliament and Government minister until I took the heartbreaking decision to leave last year in protest at Corbyn’s regime and the anti-Semitism that flourished under it.

My Dad arrived in the UK in 1939 as a ten-year-old refugee from what was then Czechoslovakia. His Jewish mum and sisters were unable to escape and were murdered in Treblinka in 1942.

I grew up listening to him teach me about the horrors of the Holocaust, the evils of racism, prejudice and hatred – and the great British values that led our country to fight for freedom through the war.

I have never been as proud of our country as I was last December when lifelong Labour voters across the country in communities with no Jewish people at all – many of whom had never even met a Jewish person – decided ‘enough was enough’.

These were voters like me who could never have imagined being forced to vote Conservative. But they can’t stand racism and they knew they had to prevent Corbyn doing to the country what he had done to his party.

Which is why Corbyn’s return to the party was so depressing and upsetting.

But there is more the Labour leader must do than not restore the whip.

He talks constantly about the need for unity, but there is no point being united as a party when the public thinks you are wrong. And there is never any point trying to compromise with the extremists who have infected Labour.

The battle lines are drawn whether Sir Keir likes it or not. He now faces a huge fight for the soul of the party.

Labour must now show Jewish people and the country that it has learnt from the disgrace of the last five years and that things really will change.

The party must repair relations with Jewish people and show lifelong Labour voters, who turned away in disgust at extremism and racism under Corbyn, that it was wrong. How can it possibly do this while tolerating Corbyn as a member of the party?

The cranks, conspiracy theorists and racists must be driven out. They have no place in a mainstream political party and must be banished to the dark corners on the fringes of politics where they belong.

Starting with Momentum – the party within the party established to support Corbyn’s leadership and target his moderate opponents – the hard-Left must be shown the door. This ‘movement’ encouraged not just well-meaning and naive young people into the Labour Party, but hardened extremists too.

Even yesterday, Momentum’s leading figures were insisting Corbyn had done nothing wrong and his whip should be reinstated. Dealing with them would show proper change.

Union boss Len McCluskey, with his immense financial muscle, backed Corbyn every step of the way over the last five years. He ludicrously called Corbyn’s return to the party a ‘correct, fair and unifying decision’ when it is anything but.

He and the rest of them can try to throw their weight around, but Sir Keir needs to show them who is in charge.

Most members of the public don’t follow policy details or the twists and turns of daily politics, but they sit up and pay attention at important moments and they are watching now.

This is the moment when Sir Keir really has to exert control and save the Labour Party. It will not be easy and the hard-Left will relish the prospect of civil war.

But it is a true test of leadership. It is about how you answer tough questions and whether you can take decisions that show the public where you stand.

You have to show people that new management means real change. It must be more than just a slogan.

Kicking Corbyn out for good would be a start – and would demonstrate that Labour is finally getting a grip on this scandal.

Lord Austin is chairman of Mainstream, the Campaign Against Extremism 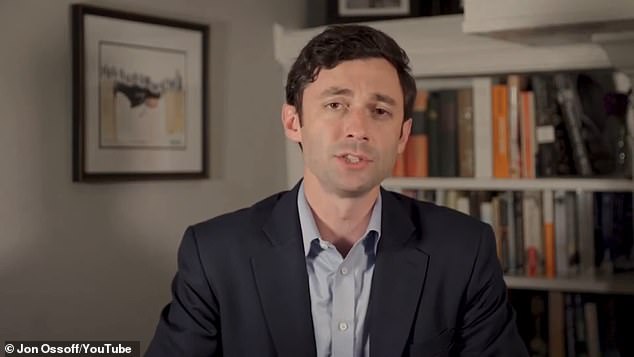 SARAH VINE: A mischievous tribute to the First Lady of Fab!