Manoj Pahwa as the angry and insensitive Raja of Marh in A Suitable Boy has been garnering positive response from audiences in India as well as abroad. Pahwa is elated that unlike earlier – when people only considered him for comic roles – some filmmakers are taking the chance to cast him in varied characters and he is being able to live up to everyone’s expectations.

“This industry creates a perception about actors and stereotypes them into certain kind of roles. It happens to most of us. I won’t say that for web and theatre though. Not everyone wants to think beyond the set perception, they’re like ‘arrey inko comedy aati, unko tragedy aati hai toh waise hi role de do’,” he says.

For years, Pahwa shares, he has been offered comic roles. Though he has nothing against such characters and equally enjoys doing comic parts, he admits craving for variety.

“People think I suit such comic characters given the way I look. I think it happens with most actors, who’re overweight. And I had to take up many such roles to survive. As an actor, I wanted to continue working and also, in a city like Mumbai it isn’t easy to settle down with family and lead a decent life. I’m thankful to directors who did take the chance and offered me different characters,” he adds.

Pahwa gives a special mention to his friend, filmmaker Anubhav Sinha, who has always shown faith in him. While in Sinha’s Mulk (2018), the actor played an emotional and supportive brother, in Article 15 (2019), he portrayed the role of a corrupt cop. Pahwa reveals even Boney Kapoor was surprised by his portrayal in Article 15 and said he couldn’t imagine him doing such a role.

“Even when people told Anubhav to not cast me in that role in Mulk, he went ahead. In fact, he gave me a negative role in the TV show Sea Hawks and that too 20 years ago. People forget that I’m actor and have no limitations. Rather, my craft has been limited by the offers I get,” he points out.

Next, Pahwa will start shooting for a film tentatively titled Great Indian family, also starring Vicky Kaushal, Kumud Mishra, Yashpal Sharma, among others. He has signed one more untitled film and Sinha’s next, besides collaborating with Abhishek Chaubey for a project.

The actor opines that with the advent of the web, things have definitely taken a positive turn. The medium usually doesn’t typecast actors and offers much room for experiment.

“I doubt if I’d have been accepted as a Maharaja otherwise (laughs). Web gives you a lot more liberty. I’ve also seen a number of web series during the lockdown and really liked them. I have done only one web series, Hasmukh, till now. There are offers but I don’t plan to take anything before next year because I’ve enough lined up for now,” he ends. 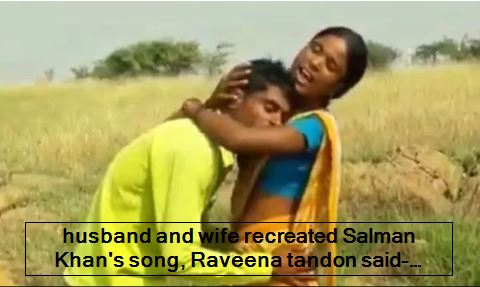 Sushant Singh Rajput’s brother-in-law counters Rhea Chakraborty’s claims: ‘5 times my wife left me behind to be with her brother’