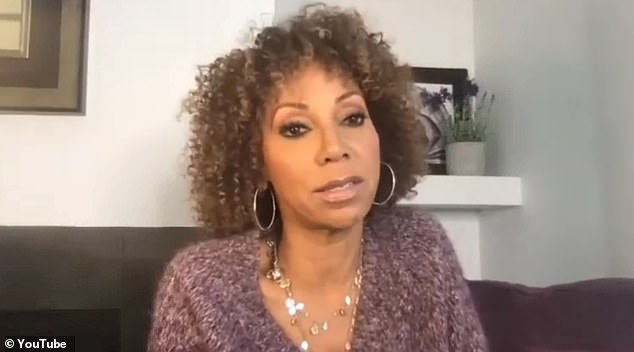 By Marlene Lenthang For Dailymail.com

Actress Holly Robinson Peete says President Donald Trump called her the n-word over a decade ago during his time on Celebrity Apprentice.

Peete shared the shocking revelation on SiriusXM Urban View’s The Karen Hunter Show on Tuesday recalling how she spent about a month with Trump on season three of the show in 2010 where she lost to singer Bret Michaels in the finale.

The 21 Jump Street star revealed that Trump was ‘kind of lovely’ to her face but she was shocked to see a darker side where he allegedly used racial slurs.

‘Shortly after the finale, rumors started going around that he had tossed out an n-word in referring to me. And I was like, “Huh?” And then when the producer told me when it happened during the finale, I remember the moment,’ Peete said.

‘I wasn’t in earshot, but I could see them deciding between me and Bret Michaels,’ she said.

Actress Holly Robinson Peete, 56, says President Donald Trump called her the n-word during Season 3 of the Celebrity Apprentice back in 2010. She recalled the incident on SiriusXM’s The Karen Hunter Show on Tuesday ‘There was a moment where [Trump] was talking with producers and they’re really animated and that was when I heard that he said, “They want the n-word to win,”‘ Peete said. Peete and Trump pictured in the final episode of Season Three of the Celebrity Apprentice on May 23, 2010 Singer Bret Michaels ended up wining Celebrity Apprentice Season 3 on May 23, 2010. Peete and Michaels pictured at the finale after party

The rumor about Trump calling her the n-word has swirled for some time after comedian Noel Casler, who worked on the Celebrity Apprentice for years, tweeted about it last year.

Trump’s alleged behavior is a stark contradiction to his bold claim during the final presidential debate where the president declared: ‘I’m the least racist person in this room.’

‘How could anybody believe that he wouldn’t say something like that?’ Peete asked in the interview.

‘I firmly believe he probably uses that language all the time. And then by the time it sort of started resurfacing, I didn’t even really address it too much because I felt like, what difference is it going to make? People have accepted the things that he said that are so vile about so many other people, what difference is it going to make if he said that about me?’ 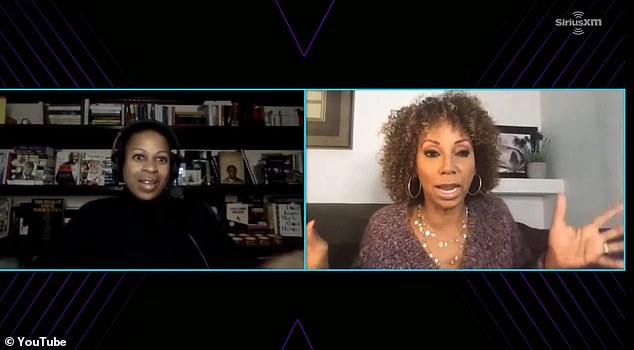 ‘I firmly believe he probably uses that language all the time,’ Peete said in the interview There had been rumors that tapes exist of Trump saying the offensive racial slur during his time as the host of The Apprentice, which he ran for 14 seasons. However, there’s no proof it actually exists and Trump has always denied such claims.

Peete said that Trump behaved wildly differently compared to how he does now in office.

‘He hadn’t really quite started that whole birther thing yet,’ Peete said in reference to Trump’s attacks on former president Barack Obama and his birthplace.

‘It was a very interesting experience. It was a trip and kind of messy and stuff,’ she said.

‘I found him to be kind of piggish and bullish and stuff, but I didn’t find him to be just this… who he is now. I did not see that. So, I think the combination of power and corruption and all that stuff just made him go to that next level,’ she added.