Ryan Reynolds is the new elected co-owner of the team.

Actors Ryan Reynolds and Rob McElhenney reached an agreement to acquire the Welsh team Wrexham AFC, that militates in the fifth English division.

For weeks the offer had been on the table and the negotiations were progressing, but the approval of the members of the Board of Trusts of Wrexham Supporters, who are 2,000 followers, was lacking to seal the deal.

The decision was made and with an overwhelming 98.6% of votes in favor, 26 votes against and 9 abstentions, the agreement was made and In the next few days, the signing of the contract that will guarantee the acquisition will take place.

The club made this information official through a video that it disseminated through social networks, in which they thank the new owners for their interest, since Among their plans is to inject the club with 2 million pounds in cash, make a documentary and become ambassadors of the club to make it known in every corner of the planet Wherever they go “The sky’s the limit, we want Wrexham to be a global force,” Ryan Reynolds said when raising the offer.

“As Wrexham fans, we would like to wish you the best of luck in charge of our football club and we look forward to what the future holds.”Is mentioned in the video published by the club.

In the same clip, the new owners appear, who are honored to be taken into account to fulfill this dream.

“To the Wrexham Supporters Trust, thank you for your faith and trust in us,” said McElhenney., while Reynolds added: “We’re honored and we’re already getting to work… shit, this is really happening.”

A message from our owners-elect…

In his acting career, Ryan Reynolds is known for his work on superhero films, working for DC Comics as Green Lantern, and for Marvel as Deadpool; on the other hand, Rob McElhenney has had smaller roles in movies like Intimate Enemy Y A civil action, as well as a brief appearance in Lost series.

⚽️Wrexham🏴󠁧󠁢󠁷󠁬󠁳󠁿 is the 3rd oldest club in the world
⚽️Play on the 5th level of 🏴󠁧󠁢󠁥󠁮󠁧󠁿
⚽️ He is nicknamed Red Dragons
⚽️ Eliminated an FA league champion Arsenal
⚽️Since 2011 it is owned by its fans, after being financially destroyed
⚽️He is about to be saved by this gentleman👇 pic.twitter.com/6Zn25P4fHL 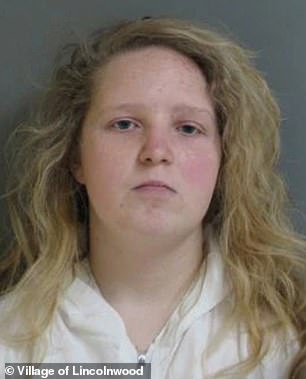 Chicago teenager, 19, is sentenced to 27 years in prison after hacking to death TikTok users are pretending to be HOLOCAUST victims by wearing the Star of David, striped ‘uniforms’