The 23-year-old beauty had on a green wig, a matching hat and a strapless furry dress as she continued to promote her Grinch-inspired makeup collection.

‘Kylie stole Christmas,’ it said in her caption before adding, ‘The GRINCH X KYLIE collection launches THIS THURSDAY 11.19 just in time for the holidays.’

Green is good on her: Kylie Jenner shared a new photo for her 200M Instagram followers on Monday morning. The 23-year-old beauty had on a green wig and a matching hat as she continued to promote her Grinch-inspired makeup collection

The Keeping Up With The Kardashians standout had on a green Latex had with a fur trim that matched her strapless dress as well as the fuzzy walls behind her.

Her eye makeup was the same electric mint green color as she added heavily lined brows and a deep beige lipstick with gloss.

This comes after she was seen in a plunging green outfit last week as she sat in a Grinch-inspired fuzzy chair.

The looker flaunted her ample cleavage and toned midriff in a slinky and revealing outfit reminiscent of a Christmas tree on Instagram. Grinchy good: ‘Kylie stole Christmas,’ it said in her caption before adding, ‘The GRINCH X KYLIE collection launches THIS THURSDAY 11.19 just in time for the holidays’ Along with her jewelry her whole outfit was covered in sparkles, an ode to her dazzling festive themed make-up line.

Kylie was in a floor-length skirt with a long slit up one side that allowed her to flash her shapely legs for the camera. The look: The eyeshadows have several different green tones as well as a few browns Fun packaging too: The boxes have photos of the scheming Grinch in a red Santa suit Festive look: Her eye makeup was the same electric mint green color as she added heavily lined brows and a deep beige lipstick with gloss

She teased in her caption: ‘can you guess the theme of my holiday collection this year [Christmas tree]… reveal coming TOMORROW.’

The media personality was sitting in a fuzzy green chair, which was set against a matching floor and walls.

Her setting was distinctly redolent of The Grinch.

How the Grinch Stole Christmas! is a book written by Theodor ‘Dr Seuss’ Geisel that came out in 1957. Sure to be under every Kardashian tree this Christmas! Some of the kits had red backgrounds with the green Grinch on front

It has since been turned into the animated classic film in 1966 from Chuck Jones with voices from Boris Karloff and June Foray.

In year 2000 Jim Carrey starred in a live-action version from director Ron Howard, it was titled How The Grinch Stole Christmas

In 2018 another animated version came out with Benedict Cumberbatch and Rashida Jones titled Dr Seuss’ The Grinch. Ho ho ho! Jenner has teased her upcoming holiday make-up collection by sharing a couple of sizzling snaps of herself posing in a furry green room Legs for days: The mogul asked her followers what they thought the theme of her festive line would be, while sitting in a Grinch-inspired fuzzy chair

Dr Seuss’ The Grinch will be turned into a musical for NBC just in time for Christmas, it was announced on Tuesday.

Former Glee star Matthew Morrison will play the titular character. The two-hour production is currently set to air on December 9 at 8 p.m ET.

This comes after Kylie’s older half-sister Khloe Kardashian recently tweeted that she is still looking forward to a Kardashian-Jenner Christmas party this year.

When a fan asked if the bash would be canceled she replied: ‘I pray not! I think it will have to be way smaller obviously. And I’m totally fine with that!’ Iconic: Her setting was distinctly redolent of Dr. Seuss’ book How The Grinch Stole Christmas whose title character is a furry green monster; the 1966 cartoon adaptation is pictured

Khloe, whose daughter True was born just two months after Kylie’s daughter Stormi, added: ‘But we’re definitely celebrating Christmas! It will just have to be small and safe. Maybe do rapid testing before.’

The onetime Revenge Body With Khloe Kardashian hostess said once again that ‘We have to think of what is safest.’

Her family came in for harsh criticism online after they flew out to Marlon Brando’s old private island in Tahiti last month to celebrate Kim Kardashian’s 40th birthday.

Kim brought her siblings Kourtney and Khloe, her brother Rob and her half-sister Kendall as well as friends including La La Anthony. Another look: Also on Monday she posed in a fur lined coat with jeans and Kanye’s slides Matchy: And she added an Hermes Birkin bag in similar fur as it was placed on a fuzzy chair

However Kylie was noticeably not glimpsed in the social media posts that have surfaced from the swanky getaway.

Neither was Kim’s husband Kanye West – although Page Six reports that in the vacation’s final two days he did make an appearance.

‘After 2 weeks of multiple health screens and asking everyone to quarantine, I surprised my closest inner circle with a trip to a private island where we could pretend things were normal just for a brief moment in time,’ Kim wrote on Instagram.

Kris Jenner, the matriarch of the reality TV clan, was in attendance with her dramatically younger boyfriend Corey Gamble.

Scott Disick and Tristan Thompson, who are respectively the fathers of Kourtney and Khloe’s children, were seen on the trip as well.

The vacation was criticized on Twitter for being insensitive amid the ongoing pandemic and the economic fallout of the lockdowns. 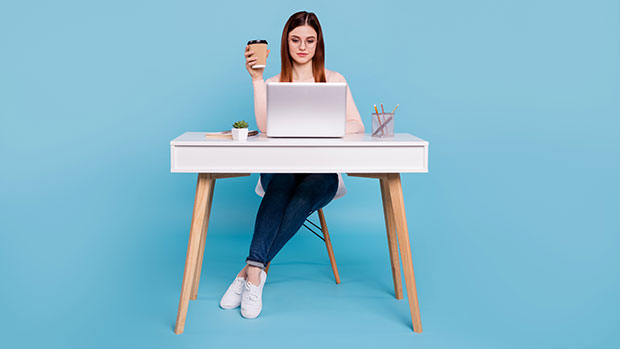