Here are the top 5 entertainment news stories of the day:

Hrithik Roshan’s fan club shares video of his action scenes edited to beats of Chikni Chameli, even he is impressed

Hrithik Roshan is impressed after a fan club shared a fun video of the actor’s many action scenes edited to the popular song, Chikni Chameli from Agneepath. Watch it here.

Soumitra Chatterjee: Sharmila Tagore says after Tiger Pataudi, he was one of her oldest friends, Amitabh Bachchan mourns loss

Iconic Indian actor Soumitra Chatterjee’s death was mourned by Sharmila Tagore and Amitabh Bachchan. Sharmila spoke of their special bond as they had begun their careers together.

Krushna Abhishek refuses to perform in Kapil Sharma Show episode with Govinda as guest, says ‘the enmity has affected me badly’

Krushna Abhishek’s equation with uncle Govinda has strained to the point that he has refused to participate in an episode of The Kapil Sharma Show that will feature Govinda as a guest.

Kareena Kapoor’s son Taimur Ali Khan was seeing asking for no pictures to be clicked in a new viral video from Dharamshala, where Saif Ali Khan is with his family and the team of Bhoot Police.

Sikandar Kher has shared an unseen picture of Abhishek Bachchan and his daughter Aaradhya. The little one turned nine on Monday. So far, her grandpa Amitabh Bachchan has also wished her. 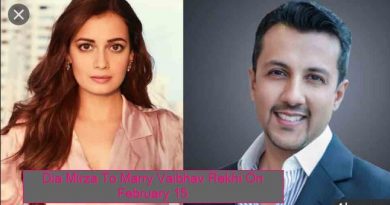