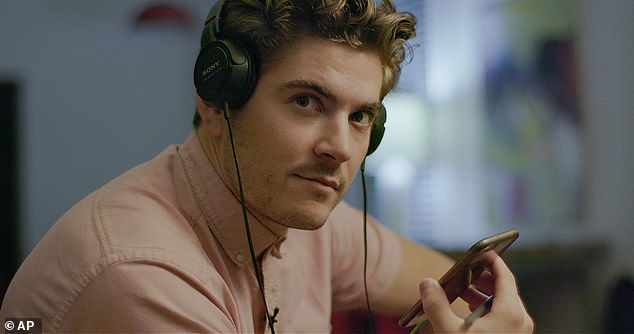 HBO’s ‘Murder on Middle Beach’ is a deeply intimate docuseries directed by Madison Hamburg, who tries to investigate his mother’s murder and find her killer a decade after her death.

Madison Hamburg was 18 years old when he got the call from his sister: Their mother had been stabbed and bludgeoned to death outside her home in the affluent southeastern Connecticut town of Madison.

Now 29, he has directed a nail-biting and hauntingly personal documentary series about his mother Barbara’s March 3, 2010 murder, which remains unsolved.

In the documentary, he unearths secrets about his family’s addictions as well as his mother’s involvement in a pyramid scheme and bluntly asks family members if they’re guilty of the murder Barbara Beach Hamburg (pictured) was discovered stabbed and bludgeoned to death outside her home on March 3, 2010

‘I was at Chik-fil-A with a bunch of friends, and my phone was broken that day. One of my best friends reached out to another friend, who was with me, to say my sister really needed to talk to me,’ he told The Post.

‘I thought she had gotten in trouble or something,” he told The Post. “And when I called, she said, “Mom’s dead.’ She was crying. She said, ‘Someone killed her.”‘

Madison admitted he was in disbelief as he listened to his sister’s devastated voice over the phone.

‘My initial response, which I know now is a part of grief, was, ‘That can’t be right. She’s not dead. Put someone else on the phone. This isn’t funny,”‘ he told The Post.

Barbara Beach Hamburg’s body was discovered by her sister, Conway Beach, under a pile of lawn furniture cushions.

Word of Barbara’s brutal murder quickly spread across the quiet Connecticut town, but turned into a cold case in 2013.

That’s when Madison, a film student, decided to create the docuseries to discover his mother’s murderer.

Madison began filming the series in college as part of a school project. It was just three years after the March 2010 killing, and Madison was recovering from a drug addiction and still reeling from his mother´s violent end.

‘I decided to start navigating this journey into understanding who she was and why the murder might have happened,’ said Madison, who began uncovering a side of his mother´s life he never knew about. Each interview he conducted only led to more questions and possibilities.

When it was time to turn in the project, Madison wasn´t finished.

‘We turned in a trailer – or a teaser – and my professor basically made me promise to never stop working on it and he gave me an A in return,’ Madison said recently from his home in Brooklyn. ‘And I never stopped working on it.

The genre-busting four-episode documentary is largely told from Madison’s perspective and explores how his mother´s death impacted him and his family.

It also delves into potential suspects, including several of Madison’s own family members and his father, Jeffrey Hamburg. ‘I started to hear these crazy things about my dad,’ Madison told The Post.

I mean, I grew up extremely sheltered. My dad was unrealistically, inexplicably wealthy. He was the CEO of an international energy company, but we didn’t really know what he did. He lived in Prague for years. And Dubai.

‘I always thought maybe he was in the CIA, or something. But I didn’t know at all that my mom was worried about what he did. And then my parents were divorced, and my mother had no money, and I was living with her, and there’s all these problems.’

Around the time of the murder, Barbara and Jeffrey were scheduled to appear in court regarding to divorce proceedings.

Jeffrey was ordered to pay his Barbara a lump sum, but was reportedly in dire financial restraints.

‘Court records show that Jeffrey Hamburg had been in a precarious financial condition related to a bankruptcy filing in June 2009. At one such proceeding, his ex-wife accused him of raiding his children’s bank accounts,’ a 2012 report from Hartford Courant said.

The initial investigation determined that DNA obtained from the crime scene did not match Jeffrey, but so many questions remained.

‘There was so much to learn about my mom’s life, and our community, that I just didn’t know. It was really overwhelming,’ Madison said. 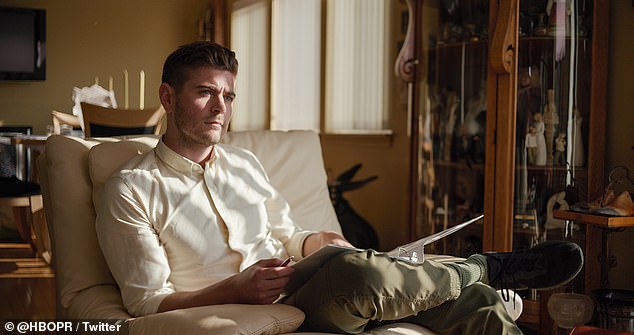 Madison Hamburg (pictured): ‘One of my goals became to exonerate my family members. Because there’s this lingering distrust. And if I don’t ask certain questions in the documentary, then those questions are left unasked’

Madison unearthed his mother’s alcoholism, as well as several addictions that ran through his family.

‘I was acting out a lot. I’ve gone to rehab twice,’ Madison told The Post. ‘My whole family is in recovery. My grandfather [Sandy Beach] is famous in AA, if you can be famous in an anonymous program. He spoke at national conventions. It was kind of a rite of passage for my family.’

He also peeled back the details about his family’s involvement in the Gifting Table, a multilevel pyramid scheme that emerged during the 2008 recession.

Advertised as a self-help group, it involved new recruits to pay $5,000 cash gifts to the person at the pyramid’s top level.

The ‘gift’ would ensure that participants receives a place at the bottom of the pyramid.

Participants had to recruit new women to move up the pyramid, and when eight new recruits were officially added, the woman at the pyramid’s top walked away with the combined $40,000.  Then, the cycle would begin again.

Women who entered into the Gifting Table – including Madison’s great-aunt Jill Platt – saw it as a way to make financial gains amid a falling economy.

Barbara, Conway Beach and Jill Platt were all involved in the Gifting Table. Platt was later convicted of wire fraud, false tax returns and conspiring to defraud the Internal Revenue Service. Pictured: Barbara Beach Hamburg’s sister, Conway Beach, leaves a flower bouquet outside the Madison, Connecticut, home where she was killed

Before she was murdered, Barbara had worked her way up the pyramid and was on the brink of receiving the $40,000 – leading some to believe her murder involved someone aggrieved by the Gifting Table.

The documentary process, said Madison, was an extremely difficult one that often left him overwhelmed with emotions.

‘We have hours on the cutting room floor of me just losing it,’ Madison told The Post.

‘When I set out, I didn’t know what I was getting into. It was just a project for documentary class. But one of my goals became to exonerate my family members. Because there’s this lingering distrust. And if I don’t ask certain questions in the documentary, then those questions are left unasked.’

And he said some of those unanswered questions persisted despite authorities claiming to make strides in the case. 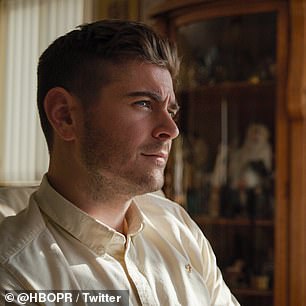 ‘Not to slander them, but Connecticut is one of the worst states for transparency with law enforcement,’ Madison told The Post.

‘The crime lab there was one of the worst in the country in 2010. They had something like 4,000 backlogged cases. In 2011 they lost their accreditation.’

Madison added that in ‘Murder on Middle Beach,’ audiences watch the facade of his quiet hometown slip away.

‘There’s this aspect of this Stepford Wives-esque shoreline community, where the more you reinforce that everything is okay, the darker what you’re hiding,’ Madison told The Post.

‘That’s the duality of this idyllic New England neighborhood, these things that nobody wants to talk about. I’m not saying it caused my mother’s murder, but I think if people were more honest and open, and not putting on that facade, maybe we would know more. Maybe I wouldn’t be having to do this.’

BarbaraHamburgTips.com was set up by Madison and Eastward Pictures in case viewers who may know something about the murder can come forward.

His directorial debut, ‘Murder on Middle Beach,’ premieres on HBO Max on Sunday.