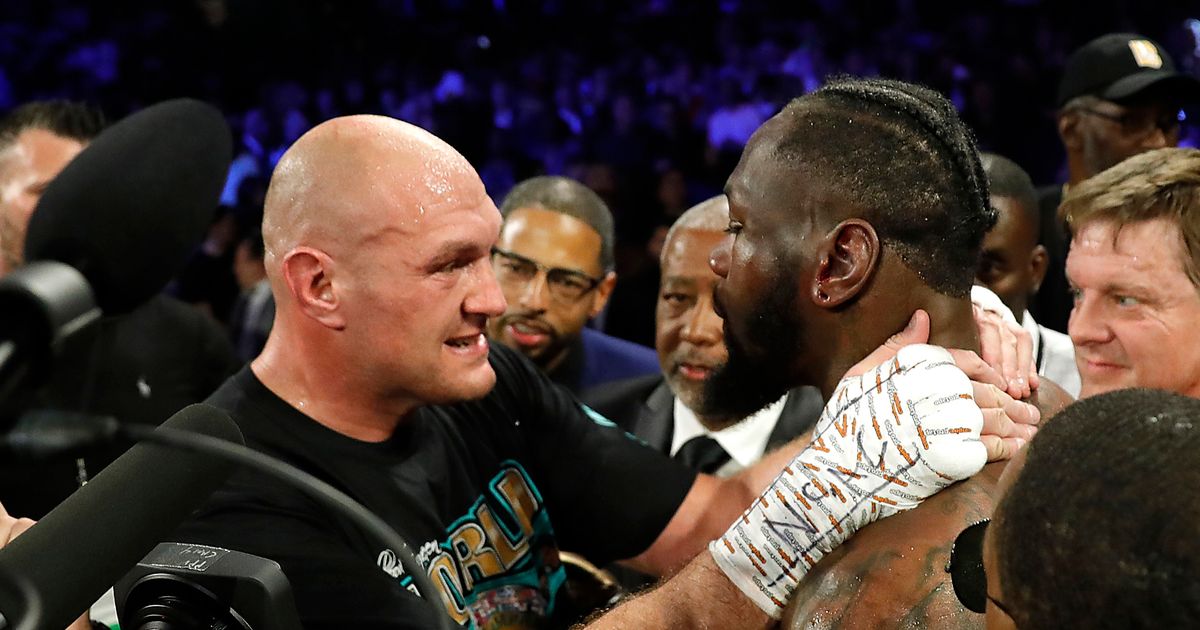 Tyson Fury is waiting for the outcome of Deontay Wilder’s legal action over their trilogy fight before he can announce his ring return.

Fury and Wilder were due to clash for a third time in July but the coronavirus crisis delayed the clash until first October and then December.

But when a date could not be found this year, Fury opted to walk away, claiming he was no longer contracted to fight Wilder.

He then agreed terms to defend his heavyweight world title against Agit Kabayel in London on December 5.

But Wilder has since asked a retired lawyer to review his contract with Fury to determine whether he can force him into the ring.

And Fury’s promoter Frank Warren said: “I think there will be next week as to what’s going on. Next week, we’ll know what the position is.

“He’s been training very, very hard, and he just wants to get back in the ring so we’re trying hard to make that happen.

“Unfortunately, because of the Covid and the finances for that particular fight, it wasn’t to be.

“We tried to make it again, and we tried to work on it, but it expired. I think it’s well known now that there’s a hearing going on.

“Something will be done in the States, and some decision will be made in the next week or so.”

If Fury is forced to fight Wilder – and the bout doesn’t take place until 2021 – it could delay his unification clash with Anthony Joshua.

The British rivals have agreed terms in principle to meet twice next year with the first fight pencilled in for spring.

Joshua will first have to successfully defend his three belts against Kubrat Pulev on December 12.