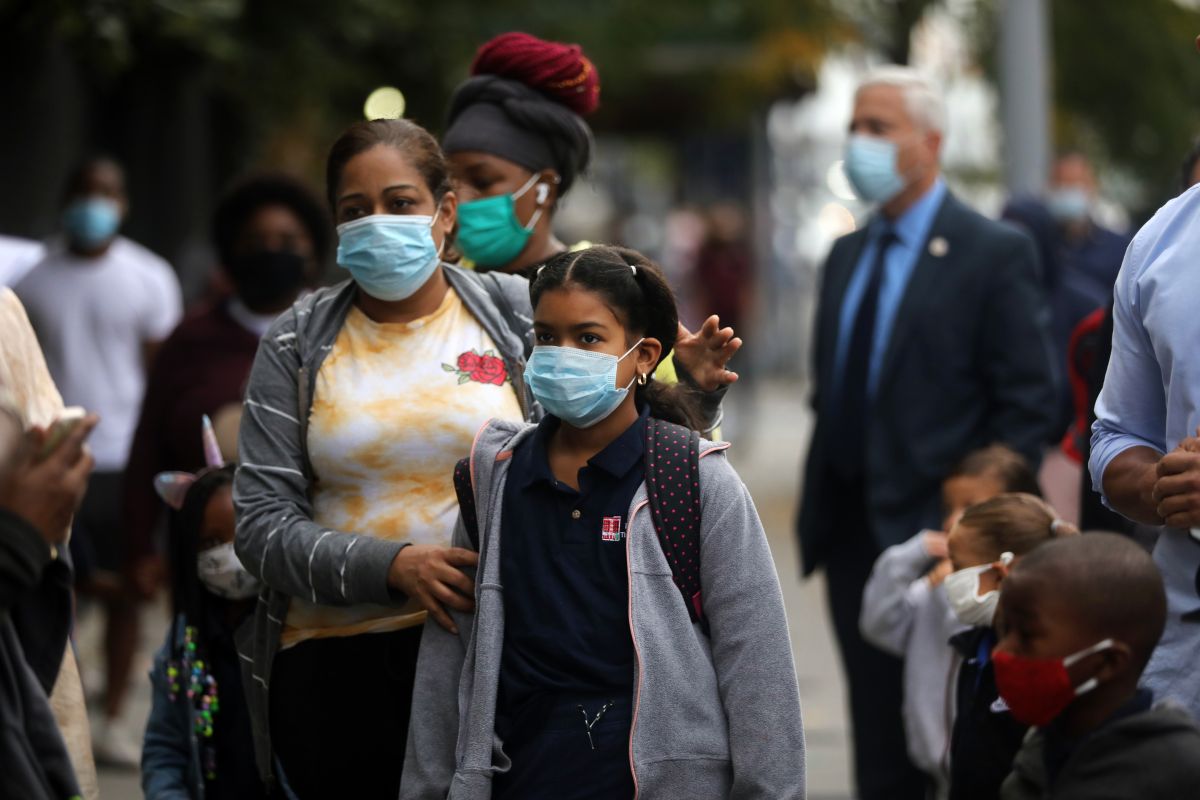 The week that closes today began with news of the advancement of a vaccine for COVID. The medical promise is not going to radically improve life and the economy in the short and medium term because it has yet to be approved and the distribution will take time to reach all corners.

Another injection must come first. The economic one from the hand of another stimulus or stabilization package of the State that returns to provide liquidity to households, and aid to the unemployed, businesses and local governments. Helping the latter is key so that the money flows to more places, such as community organizations that are increasingly fighting for grants and scholarships because they will suffer cuts in what they receive from public budgets.

The clients of these organizations, in which food is now offered more regularly, have more needs and since August they have noticed a worse economic situation as they have told the Federal Reserve.

This antidote is key to a situation that has been getting complicated again since the summer. Especially since at the end of July aid to the unemployed with an extra $ 600 to their collection ended.

“It is very urgent, the promise that a stimulus arrives in December or January is simply insufficient at this point,” explains Gregory Daco, chief US economist for Oxford Economics to El Diario. Although many consumers are waiting for a direct aid check similar to the one for $ 1,200, this economist points out that the most effective actions are those aimed at strengthening unemployment insurance, helping small businesses and federal money transfers to municipalities and governments state, due to the stabilizing effect of these measures is greater.

In the first instance, the complications threaten to seriously harm the most financially fragile households, including those of a good part of Latinos, some of whom have not received more help than charity since the pandemic arrived when they excluded themselves from the undocumented from the most significant State interventions.

In a second instance, the situation affects the country as a whole due to the widening of the economic and social fractures in the country.

These are some of the conclusions on the current situation by economists Daniel Schneider of the Harvard Kennedy School, Peter Tufano of the University of Oxford and Annamaria Lusardi of the George Washington University Business School. In a study they just published, they point to something that many low-income families and especially immigrants know very well.

Although the stock market and unemployment figures have improved since the start of 2020, “there is no corresponding improvement in measures of the financial fragility of the average family in America. We do not see the evidence that it has changed direction, but we fear a long and difficult winter for the average American, among which a part that increases cannot make ends meet, “read their conclusions.

In the study, economists point out that in addition to women, inequalities before COVID made “African American and Hispanic households experience more food insecurity and have more problems paying current bills.”

The pulse that the Census is taking on Americans pointed out in October that more than four out of 10 children lived in homes in which basic expenses such as food or medicine are not affordable. In the case of white households, this problem affected 33%, in the case of Latinos, 55%.

Economists explain that in recent months the inequalities in which people with lower income and less education in addition to women are widening. “In addition to the sheer injustice of this situation, these divisions threaten further differences between those who have everything and have nothing,” something that can break society.

The end of the CARES Act, the first multi-million dollar stimulus with different objectives, has revealed the differences between the employed and the unemployed and these economists point out that the evidence is clear, there is financial fragility in households and a greater distance between the rich and the poor. poor, men and women, the more and less educated, the employed and those who are not. “Collective action with government intervention and civic engagement is necessary to fight a pandemic, an economic crisis or a climate emergency,” they say.

After the elections, the leader of the Senate, Republican Mitch McConnell, has explained that they will work on a stimulus with precise objectives but little is known about the details. McConnell has stopped all attempts by the Democratic Party to get one worth at least $ 2.3 trillion and even those proposed by the Secretary of the Treasury.

At the moment, there is no more progress than the statements and meanwhile, the economic tracker used by Oxford Economics analysts points out that the indicators at the beginning of November show the greatest deterioration in the situation since April and the lowest reading since July. “Although there are improvements in employment, demand seems to have stagnated,” they explain.

“Without going into politics, from an economic point of view, I don’t understand why the stimulus is delayed,” explains Daco.

As the economists point out in their study, there are differences between those who have a job and not, and in this sense, there are still 11.1 million more unemployed than before the pandemic. In addition, on December 26, independent contractors, workers of the gig economy and those with extensions due to the pandemic will stop collecting the unemployment collection, some 13.6 million according to the latest figures from the Labor Department.

The Oxford Economics report states that health conditions in all regions are negatively impacting mobility and employment. So much so that the team led by Gregory Daco has begun to lower its growth forecasts for 2021

Donald Trump’s refusal to concede defeat in the elections and the delay in the transition can hurt the pace of work at a critical moment. “We are concerned about the signs of long-term damage,” they explained in their note to investors on Friday. During the Great Recession, the team of newly elected Barack Obama began working before the inauguration of his presidency to provide responses to the crisis.

Now what is observed is that the labor market is not moving in the direction of a notable recovery, that there is uncertainty among small businesses and consumers have their confidence down. The forecasts to close the year go through the approval of a new aid package, which assumes at least $ 1 billion.

Since the Republican Senate there has been no progress on it. The economist of the Economic Policy Institute, Heidi Shierholz, explains along the lines of other economists that in view of the labor situation, “blocking the stimulus widens racial inequalities. Given the impact of current and historical systemic racism, the Latino and black communities have suffered most of the job losses in this recession and have less wealth to lean on. “

Aware of the landscape left by COVID, Federal Reserve Chairman Jay Powell explained this week that even if the unemployment rate is lowered and there is a vaccine, “there is going to be a substantial group of workers who are going to need support until they find the right on the way to a post-pandemic economy because it is going to be different in fundamental ways. “

At the moment, the economists of the cycle committee of the National Office for Economic Analysis (NBER) that determine if and when it is in a recession have not decreed that we are outside the one established as such in February. This committee takes time to make these assessments. Although it bottomed out in the spring and has been growing ever since, it is possible, as Daco believes, that it technically came out of the recession before summer. But the recovery feels like the recession “and it can be very long depending on how the stimulus is,” explains this economist.

The consensus is that the pandemic is what drives the economic policy and behavior of governments and individuals around the world. “From that point of view, the duration and strength of the recovery is uncertain.”

In its June note, the NBER Committee already warned that this “is different in terms of the characteristics and dynamics of previous recessions.” Medicine in all of them has been public intervention, in this case a good dose of it is being expected.

11.1 million more people are unemployed today compared to February, before the pandemic hit.

55% of US community organizations serving low- and moderate-income people say the income and work situation has worsened somewhat or greatly since August. Trump’s doctor says he is no longer infectious with coronavirus