Irrfan Khan’s family celebrated their first Diwali after his death this year. His wife Sutapa Sikdar and son Babil remembered the late actor and shared heartfelt posts and unseen throwback pictures of him on the occasion.

Sutapa shared a very old throwback picture of Irrfan feeding one of their sons as she looks on. She wrote, “DiwaliAges ago when baba had to feed them and he has fed them right things to now walk alone.irrfan. may you shine upon them always from the world of stars#Happychildren’sday#happydiwali.”

Babil reacted to the picture, “Hahahah I love how he’s looking at the menu like…” along with laughing emojis. Sharing an unknown fact about Irrfan, Sutapa replied to Babil, “The only word he knew and taught every Gora in US when he was like six months was khana you remember. Kana they said the moment they saw him.”

Babil also shared a rare throwback picture of the actor, decked up in a suit and smiling while holding a peacock in his hands.He wrote, “Rooh bankar milunga usko aasma mein kahin, pyar dharti par farishto se kiya nahi jata. I still feel like you’ve gone for a long shoot, a long schedule underwater and you’ll come back to me, to the surface again.”

Irrfan died on April 29 this year after a long battle with neuroendocrine tumour. He is survived by wife Sutapa and two sons: Babil and Ayaan. Both Sutapa and Babil occasionally share heartfelt posts and throwback pictures in the actor’s memory on social media.

Also read: Neetu Kapoor celebrates ‘very different Diwali’ with Anil Kapoor, Varun Dhawan: ‘Grateful for how loved you are all making me feel’

Last month, Babil shared a throwback video which featured his parents walking hand in hand while singing a romantic Lata Mangeshkar song, Tu Jahaan Jahaan Chalega. At a point in the video, both Sutapa and Irrfan were seen discussing if the correct lyrics of the song have ‘Mera Saaya’ or ‘Tera Saaya’. “Mera saya ki tera saya? Dropping ma off at the airport now :(,” Babil wrote in the caption as he got emotional while dropping his mother at the airport. 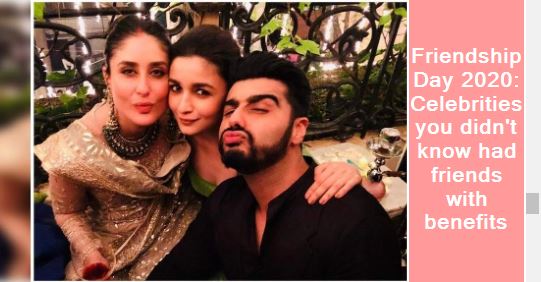 Friendship Day 2020: Celebrities you didn’t know had friends with benefits