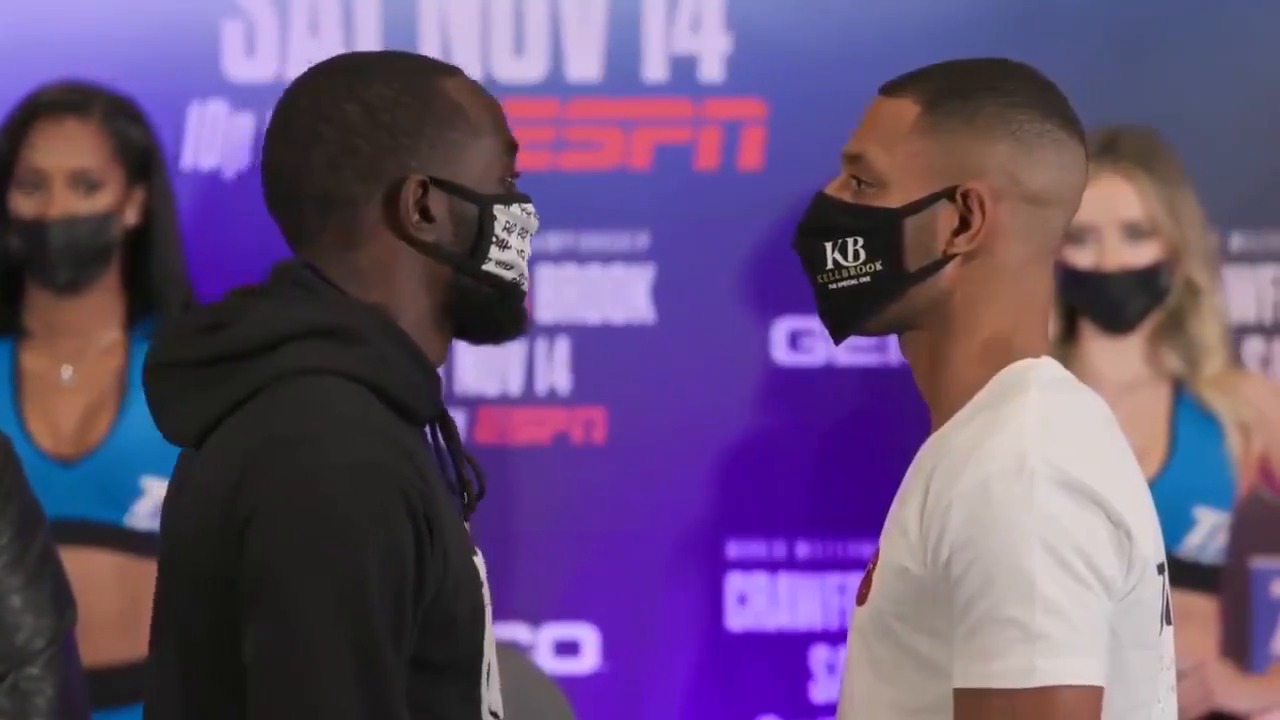 Kell Brook lasted just 10 minutes against Terence Crawford as he was stopped in the fourth round by the welterweight world champion.

The Brit was bidding to pull off one of the greatest upsets by a British fighter in Las Vegas.

But although he started well, Brook wilted as soon as he came under pressure in the fourth round before Crawford stepped in to likely end the former champion’s career.

“That’s why it was so competitive at first, I couldn’t get my shots off.

“Kell’s a tremendous talent, he came and tried to take my title, he was in shape and made the weight so there were no excuses.

“He had his confidence up bit he lost to the better man.”

Brook had boiled down to welterweight for the first time since his defeat by Errol Spence almost four years ago.

The Sheffield star had not looked the same fighter since his back-to-back losses to Spence and Gennady Golovkin.

His three victories at 154lb had often been lacklustre against mediocre opposition.

And he was stepping up to face Crawford without long-time trainer Dominic Ingle and having negotiated the fight himself, leading to accusations he was cashing in with a £1.5million pay day.

Three-weight world champion Crawford, meanwhile, was widely hailed as the pound-for-pound No.1 but lacked a marque name on his record.

He had been in talks to fight Manny Pacquiao in the Middle East before the coronavirus crisis struck.

Instead he welcomed Brook to Sin City but it was the Brit who edged the opening round courtesy of his ram-rod jab.

And he continued to pose questions in the second session as Crawford switched to southpaw in a bid to combat Brook’s lead hand.

And the champion improved through the third round as he began to find a home for his own jab.

That shot sent Brook staggering back into the ropes and as Crawford followed up, the referee ruled the ropes had held up the visitor and began the count.

Although Brook was able to continue, a left-hand onslaught from the champion forced the referee to step in.

The beaten man said: “I obviously got caught with a  shot I didn’t see and the referee waved it off.

“I always said if I’m in a fight I want to go out on my shield but the referee thought I couldn’t continue.

“I’m gutted, nobody could have got me in a better condition, I felt great. Maybe I could have been more relaxed but the fight has gone the way it has.”