The spectacle of the Republican Party covering up President Donald Trump’s lies that he “won” reelection and that he is the victim of “electoral fraud” has now gone from brown to dark.

It is one thing to anticipate that Trump would not show an iota of grace or decency, much less admit that he lost reelection fair and square. But quite another is that in order not to fall from the grace of the “leader” of the Republican Party and the 71 million who voted for him, the Republican leadership lies disgustingly and tramples the processes, giving credibility to falsehoods and, incidentally, ignoring the majority who elected Joe Biden to the Electoral College.

This is not a joke. It is extremely dangerous. In the more than 30 years that I have been living in this country, I never thought to witness this dangerous republican game of undermining the very democracy that they claim to defend so much and trying to literally steal an election in broad daylight by arguing “fraud” on a grand scale; frauds of which, of course, they do not have proof because they do not exist, in addition to trying to make us believe that the triumphs of Democrat Joe Biden in the Electoral College are the product of our imagination and a “trap”. It is dangerous for a party to want to muddy the electoral process in this way by creating the false perception that there was, in effect, “substantial fraud,” only to massage Trump’s ego and prevent him from acknowledging that he lost.

That the Republican Party has fallen so low is embarrassing. That they put their political interests before the electoral traditions of this nation undermining the credibility of the electoral process is disgusting. Senate Republican Majority Leader Mitch McConnell wants only to maintain the majority by ensuring that the two Georgia races that go into a runoff in January go to their Republican incumbents. He wants Trump to call his hosts to guarantee that majority; Hence, it says that Trump has the right to ask the courts to elucidate “irregularities” that in the case of Georgia do not exist, according to the Secretary of State himself, who, by the way, is a Republican. Nor do they exist in any other state.

McConnell is joined by the Secretary of Justice, Bill Barr, who as Trump’s lackey altered a traditional rule so that secretaries of state can investigate irregularities, something that until now was done after the contests were certified. But to please Trump it is allowed before certification. Because in this case there is no fraud that warrants any investigation. Investigations are authorized to try to fabricate a narrative that suits Trump.

Then there is the Secretary of State, Mike Pompeo, another Trump lackey with his own presidential aspirations, who dared to say at a press conference that there will be a peaceful transition “to a second Trump term.”

And in Congress, with the exception of a handful of Republicans who can be counted on the fingers of one hand, none have acknowledged Biden’s triumph.

The cult of Trump has long been demonstrated, not only by his followers, but also by Republican enablers who have used him to advance their agenda and fill the judiciary and Supreme Court with conservative justices.

And if to maintain power they have to kiss Trump’s ring and trample on the Constitution and the will of the majority that chose the Biden-Harris formula, they have shown that our hands are shaking to do so.

The question is how long Trump’s spell on the Republican Party will last, because true conservatives, those who respect the Constitution and the rules, no longer have a place in this party. Trump and the Republicans who overlap him are pathetic and dangerous.

Maribel Hastings is an executive advisor for America; s Voice. 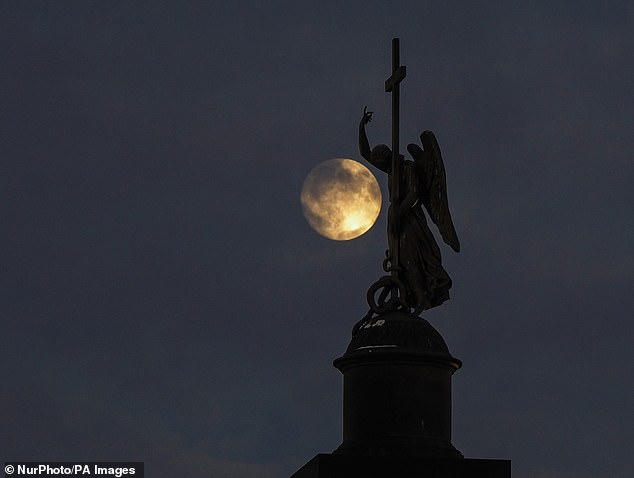 Final full moon of 2020: The ‘Cold Moon’ peaks TONIGHT across the world

More than 20 people have been killed in floods in southern India after heavy rains caused rivers to overflow, cutting

India’s First Liquor Museum “All About Alcohol” Opens In Goa