The Houston Texans have fired the NFL’s highest-ranking PR woman, reportedly, because she was no longer a ‘cultural fit’ with the team.

ESPN reported Wednesday that the Texans fired Amy Palcic, who had been the team’s vice president of communications for the past seven years. Sources told ESPN’s Adam Schefter that she was not a ‘cultural fit’ with the team, although the report did not go into further detail.

In an email, a team source told the Daily Mail that Palcic is no longer with the team, calling the move ‘a business operations decision.’

Palcic did not immediately respond to the Daily Mail’s request for comment. The Houston Texans have fired the NFL’s highest-ranking PR woman, Amy Palcic (left, right with JJ Watt on the set of Saturday Night Live). Palcic, the outgoing Texans’ VP of communications, was no longer a ‘cultural fit’ within the team, sources told ESPN NFL reporters immediately reacted on Twitter with an outpouring of support for Placic, who Schefter described as ‘widely respected.’

‘Shocked,’ wrote Hall of Fame reporter and NFL Network broadcaster Andrea Kremer. ‘Palcic is the consummate professional & always a pleasure to deal with. She respects our jobs and what we need while never compromising the objectives of her team. The NFL is better with her in it.’ 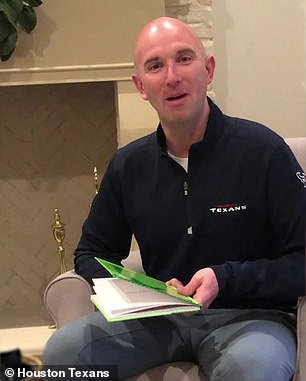 NFL Network’s Ian Rapoport tweeted that the decision is part of ‘sweeping changes’ under Texans executive vice president Jack Easterby (pictured), who was hired in 2019 to address the team’s culture

‘Amy Palcic is not only one of the best in our game at what she does, she is an unbelievable person,’ tweeted NFL Network’s James Palmer.

‘What she’s done for that team behind the scenes through all the rough times the #texans organization has had over the last few years has been simply remarkable.’

‘She was absolutely aces throughout Hurricane Harvey, too – when the org really needed it,’ he tweeted.

NFL Network’s Ian Rapoport tweeted that the decision is part of ‘sweeping changes’ under Texans executive vice president Jack Easterby, who was hired in 2019 to address the team’s culture.

The remainder of the team’s PR staff is being retained, according to ESPN.

The Texans are currently 2-6 heading into Sunday’s game in Cleveland. 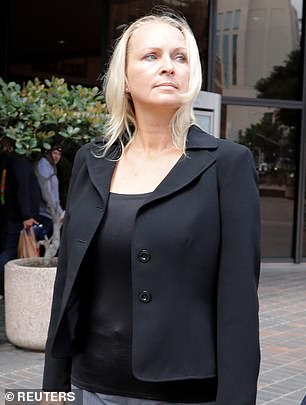