The World Health Organization on Thursday released new statistics that show 869,770 cases of measles, one of the most contagious diseases known to science, around the world in 2019, the highest number since 1996. Increases were reported in all regions.

The new report comes as officials in King County, WA, confirm a new case of measles in a child.


“Measles outbreaks continue to circulate in many areas of the world. As long as people travel, no community is safe from measles introductions,” says Jeff Duchin, MD, health officer for Public Health, Seattle and King County. “Measles vaccine is safe, effective, and offers excellent protection. If you aren’t sure if you’re up to date with the recommended doses of measles, mumps, and rubella vaccine (MMR), see your health care provider and get a dose of MMR if needed.

“During our COVID-19 pandemic, it’s important to stay up to date on all scheduled vaccinations for children, so we don’t lose important community protections against other serious infections.”

Thus far in 2020, the CDC says there have been 12 confirmed cases in seven states or territories.

In the U.S., 1,282 measles cases were reported in 2019, almost four times as many as in 2018, according to the CDC. That was the highest annual number since 1992. Eighty-nine percent of those infected were unvaccinated or had an unknown vaccination status, and 10% were hospitalized, the agency says.

While cases of measles around the world dropped from 2010 to 2016, the numbers began moving in the wrong direction in 2017, the World Health Organization (WHO) says. One reason: Vaccination rates have stagnated for the past decade.

Measles vaccinations come in two doses. Global vaccination rates for the first dose is about 84% to 85%, the WHO says, while rates for the second dose are only 71%. Those rates need to be in the 95% range to control and prevent outbreaks.

Vaccination rates fell for U.S. children in the first half of 2020, the CDC said in May, in part because of the coronavirus pandemic, which made some parents hesitant to visit doctor’s offices. Recommended vaccinations for 5-month-old children dropped from about two-thirds of kids from 2016 through 2019 to fewer than half in May of 2020, CNBC reported.

One bit of good news is that 2020 rates of infection are thus far lower, but the COVID-19 pandemic has slowed vaccination efforts in many countries. How Dangerous Is Coronavirus to the Middle-Aged? 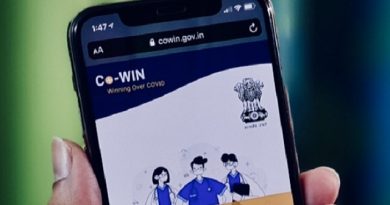 Now mistakes will be rectified on the Cowin Portal itself: Vaccine certificates may contain corrections related to name, date of birth and gender; Know the whole process