It’s unclear if the 65-year-old actor was home at the time of the report, as multiple agencies responded before 9 p.m. PST.

CBSLA reported that smoke was visible from the home’s second story. DailyMail.com has contacted Washington’s representatives for comment.

Los Angeles Fire Department crews responded to an apparent fire at the Hollywood Hills mansion of Denzel Washington; seen with wife Pauletta in 2018

Flames were not visible by air outside of the massive home nestled in the hillside above Hollywood.

The station also reported that crews were ‘searching for possible fire in the walls in thermal imaging cameras.’

With help from the Beverly Hills department, LAFD reported ‘all occupants of the home were safely evacuated.’ 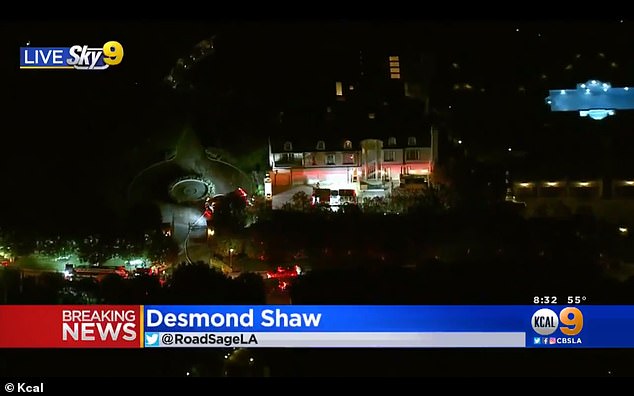