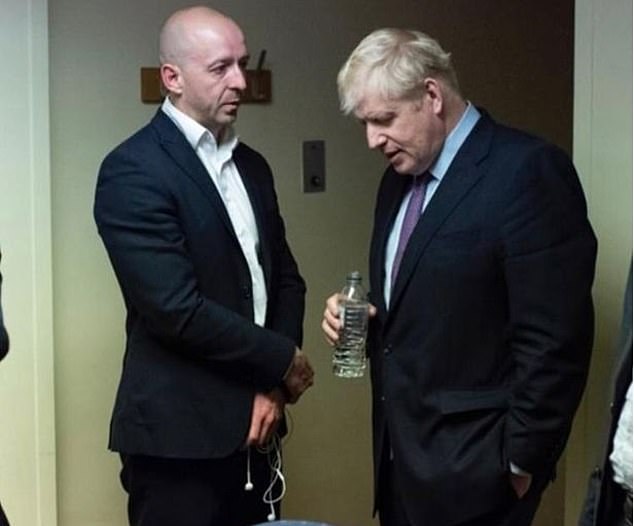 By Jason Groves for the Daily Mail

A former Vote Leave press officer is in talks with Boris Johnson about becoming his chief of staff.

Lee Cain, Downing Street’s director of communications, is said to be in ‘advanced discussions’ about the new post.

The promotion would cap a stellar rise for the former journalist who used to dress up as the Daily Mirror’s election chicken, pursuing David Cameron and other leading Tories during the 2010 campaign.

The chief of staff will operate as the Prime Minister’s ‘fixer’ at the heart of Government, with the power to issue orders to civil servants across Whitehall.

And the move would fill a ‘hole’ at the centre of Mr Johnson’s administration. Neither Dominic Cummings nor the Prime Minister’s other leading adviser Lord Lister want the job.

Lee Cain (pictured with Boris Johnson), Downing Street’s director of communications, is said to be in ‘advanced discussions’ about the new post

Tory MPs have urged Mr Johnson to appoint a heavyweight chief of staff to provide more ‘grip’ to a Government which has made a series of U-turns.

The Prime Minister is reported to have approached former Tory chairman Lord Feldman about the job, only to be turned down.

Some MPs believe the creation of the role could help rein in controversial chief adviser Mr Cummings. But Mr Cain served as a loyal lieutenant to Mr Cummings at Vote Leave and remains one of his closest allies.

A Whitehall source said: ‘The PM desperately needs a chief of staff. Dom (Cummings) does not operate in that way and knows it. He has always said he does not want the title but won’t serve under anyone who has it. But he would be able to work with Lee, because he knows he is an ally, not a threat.’

Mr Cain was invited to comment but did not respond last night. The promotion would cap a stellar rise for the former journalist who used to dress up as the Daily Mirror’s election chicken, pursuing David Cameron and other leading Tories during the 2010 campaign

He is one of Mr Johnson’s most trusted advisers, having been by his side since 2017 when he left Theresa May’s Downing Street operation to work with him at the Foreign Office. When Mr Johnson quit Mrs May’s Cabinet over Brexit in 2018, Mr Cain continued working with him.

He then helped run his leadership campaign before joining his Government as director of communications. The two men also worked together during the Brexit referendum in 2016, when Mr Cain was a press officer at the Vote Leave campaign masterminded by Mr Cummings and led by Mr Johnson and Michael Gove. 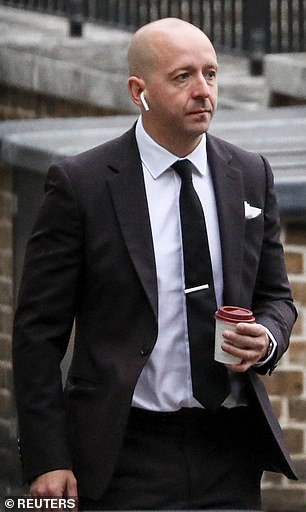 The chief of staff will operate as the Prime Minister’s ‘fixer’ at the heart of Government, with the power to issue orders to civil servants across Whitehall

His promotion to chief of staff would raise concerns among some Tory MPs that the Vote Leave operation is tightening its grip on the heart of Government.

It would also be controversial with some elements of the media who have been bruised by Mr Cain’s uncompromising style.

Last year he ordered ministers to boycott BBC Radio 4’s Today programme because of perceived bias. The ban was only lifted when the coronavirus pandemic struck.

Mr Cain has also imposed a boycott of ITV’s Good Morning Britain that has lasted for more than six months.

This year he sparked a walkout by political journalists after he banned reporters from news outlets deemed unfriendly from attending a No10 briefing with officials.

Mr Cain has developed a reputation as an ardent Brexiteer and helped forge Mr Johnson’s tough stance last year which saw him controversially prorogue parliament in an attempt to prevent pro-Remain MPs blocking a no-deal departure.

But this year it emerged he saw the Vote Leave job as a route into politics rather than a vocation.

A former colleague from his time as a journalist told PR Week: ‘He told me: ‘I just want to get into politics. I’ve applied for two jobs and I’ve got one of them.