Every time I think that the Duke and Duchess of Sussex have gone too far, they go one terrible step farther.

It’s like some awful game of truth or dare, one in which they don’t care about or understand the consequences, only about their own personal gratification and exultation, now and forevermore, amen.

Their latest caper is a new low, perhaps an all-time low, for how much lower can you go than organising your own photoshoot in a national military cemetery, a sacred place where war dead are laid to rest, then sending the pictures around the world to advertise the virtue and depth of your mourning?

Oh my God. Can’t someone save them from themselves? Halloween may be over, but not for this couple of blundering ghouls.

On Sunday, the Sussexes took it upon themselves to ‘personally recognise’ Remembrance Day by visiting the Los Angeles National Cemetery to pay their respects to fallen Commonwealth soldiers.

Every time I think that the Duke and Duchess of Sussex (pictured at Los Angeles National Cemetery) have gone too far, they go one terrible step farther

They drove 85 miles from the comfort of their Montecito mansion (beep, beep, here we come) to lay flowers picked from their own garden and to place a wreath with a simple message from Harry that read: ‘To all of those who have served, and are serving. Thank you.’

From the gravity of his expression and the fact that he was wearing his service medals, it was clear that the Prince didn’t mean the royal battalion of Buckingham Palace butlers, dutifully spooning granny’s scrambled eggs from silver chafing dishes.

Meanwhile, at his side, Meghan did her best to assemble a flattering expression that somehow conveyed all the sadness and loss that their surroundings demanded, with a gloss of international wounded humanity shimmering on top.

This visit, their heartfelt instincts to honour the fallen, would have been commendable and even laudable — except for one thing. The couple brought along their own personal photographer to capture every second of this supposedly private moment, to wrench every last drop of emotion from the occasion. Click. Oh my God. Can’t someone save them from themselves? Halloween may be over, but not for this couple of blundering ghouls

Harry and Meghan appeared to have the 114-acre cemetery to themselves — Americans commemorate their Memorial Day in May – and the celebrity photographer they had hired got straight to work. Click.

The couple walked hand in hand down a grassy knoll, where serried ranks of white gravestones bore testament to a nation’s terrible loss. Click. They knelt down, they stood up. Masks on, masks off. Heads bowed, then unbowed. Click, click, click.

Well, why not? No one was there to see them mourn so prettily, although one can only wonder what bereaved Americans thought of the couple using the 90,000 war graves as a photogenic backdrop to their piety. Perhaps even as footage to be included in their new Netflix documentary series? No one would be surprised if that happened.

Amid rising criticism, Prince Harry has denied that the visit was a publicity stunt, although he remains upset that he was refused permission for a wreath in his name to be laid at the Cenotaph in London on Sunday.

His supporters claim the snub from courtiers was petty. Prince Harry is a military veteran, they cry: why should he not be allowed to pay his respects? After all, he has served in combat and done a lot for veterans, via the Invictus Games and other ventures. Yet Harry cannot have it both ways, especially when it comes to matters of protocol and privilege. He wanted to be an ordinary citizen and he got his wish. There is no way back on to the royal balcony now.

As it stands, he is no longer a serving member of the Royal Family — and that is his choice. Therefore, he no longer represents the Queen, the Army or his regiment. With no official role, military or otherwise, he is not only outside the royal spaceship and superfluous to ceremonial needs, he is floating further and further into a gassy orbit of insignificance.

Slowly, it is beginning to dawn on him that being a member of the House of Windsor is not a Hokey-Cokey. In, out, shake it all about? I’m afraid not.

The light of truth is beginning to dawn on this pair of dim bulbs — that once you are out, you are out for good.

It is easy to see why Harry and Meghan wanted a new life for themselves, and who can blame them? Playing second fiddle to stuffy, dutiful William and Kate was never going to appeal.

Yet the difficult issue for the Sussexes now is that any success in America is predicated on their royal hinterland: on who they were, not who they want to be, on their past glories and not their future splendours.

So they have to keep acting like they are royal, making speeches and touring cemeteries at no one’s behest except their own.

Perhaps that is why there was something so very, very sad about the sight of this young British prince a-roving through an American cemetery in his medals, desperately seeking countrymen to mourn, looking for some corner of a foreign field that is forever England.

If his mother could see that this is what her beloved son has been reduced to, she would weep.

For Harry has been ousted from the military role that was the making of him and the best of him: the one good thing that came to define him as an adult.

That’s why I wonder if, when he looks at himself in the mirror in one of his grand Montecito rooms, does he see the man he wanted to be?

The Prince is clearly searching for some kind of meaning in this new world where he can only validate himself through a camera, a crowd, a convention from his old life.

And on Remembrance Sunday, as every other day, there was his young wife at his side, silently lamenting through the lush folds of her black coat while negotiating the graveside turf in a pair of £700 shoes. Click.

The most prominent ghosts that stalked the cemetery on this sunny, misbegotten day were not the thousands of poor, dead soldiers but the chilling spectres of the Duke and Duchess of Windsor.

It was only a morning’s work for the Sussexes, but it gave the world a glimpse into who they think they are, how they are doing and what they hope to become.

For once, the concept of public duty is gone and they are no longer serving the monarch and the country, what is left? Only the mirage of empty gesture and symbolism as they play-act being royal for an easily pleased audience.

In the land of opportunity, the hand of Hollywood has already clutched at the Sussexes. On a blameless Californian day, they paraded around a cemetery like film stars on manoeuvres.

This was bad enough, but what will happen on future days of national British mourning? How will they cope in exile with the storms that will come, the terrible tragedies that await us in the future? How will Meghan and Harry signify that they continue to care and that their caring should matter to us all?

After this spooky stunt, I shudder to think.

“I can do whatever I want”: Jose Ron confirms that he no longer has exclusivity with Televisa | The NY Journal 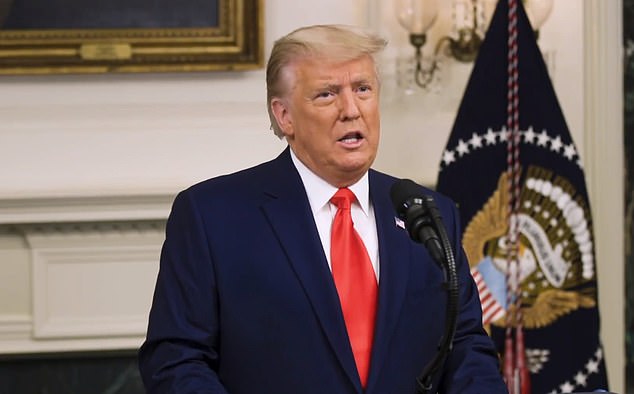