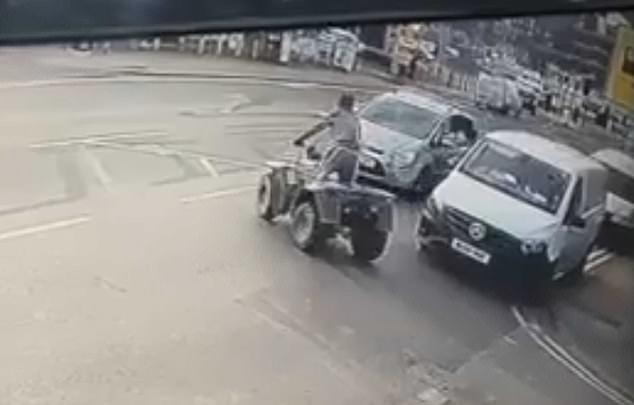 This is the shocking moment a quad bike rider collided with a family’s car carrying three young children when he pulled out of a side road into its path.

The incident took place in Rotherham, South Yorkshire on November 6 and was captured by CCTV.

The dramatic footage was shared online by Ross Mach, who said he was a friend of the driver Keeley Wright who had her young son and twin babies in the car with her.

It shows the biker approaching a junction with a van parked nearby on the right, making it harder to spot oncoming traffic.

After a quick check, the quad biker pulls out, but fails to spot the family’s car approaching.

The car ploughs into the side of his bike and he is sent barrelling over the windscreen before crashing to the ground as the car comes to a halt.

The biker almost immediately jumps back to his feet. 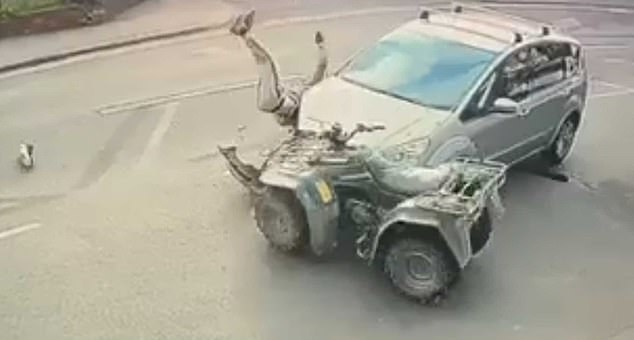 He then returns to his quad bike, performs a three point turn and flees the scene- meanwhile the family exit the car and a woman can be seen checking the babies in the back.

The distressed mother can be seen carrying one child while her son dressed in school uniform stands by. 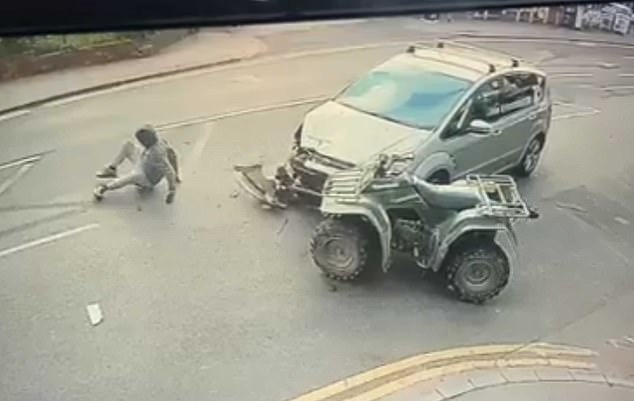 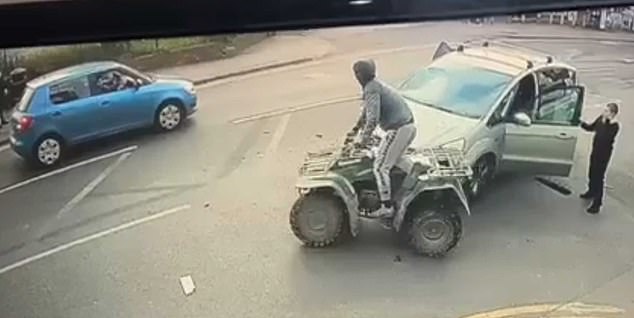 He then returns to his vehicle, performs a three point turn and flees the scene

‘My friend’s wife, two baby twins and his son left pretty upset today. Let’s find the lad on the quad that takes off.’

Speaking today, Ross said: ‘They are shaken up.

‘I think the police found the quad abandoned and have a lead as to who was the rider, but this has yet to be confirmed.

‘The car is a write-off for sure.’

MailOnline has contacted South Yorkshire Police for a comment. 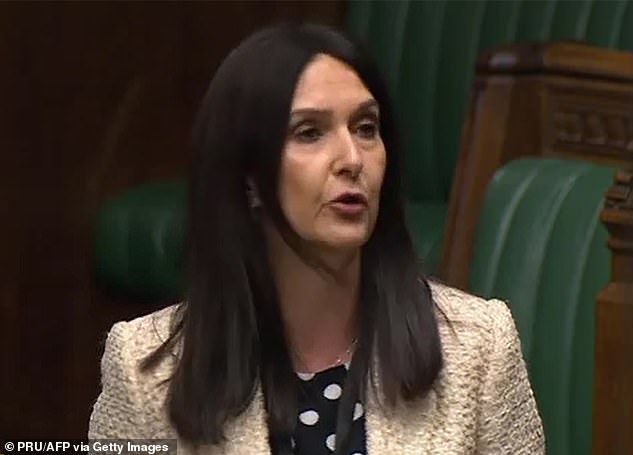 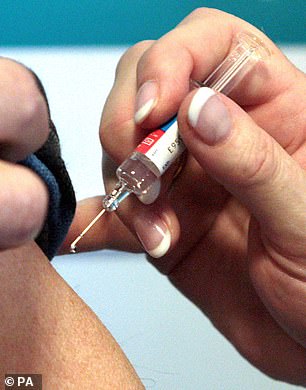 German Pfizer vaccine could be ready before Oxford-AstraZeneca