Although the leaders of the New Progressive Party (PNP) approved the law that made the plebiscite “Statehood, Yes or No” viable on election day and indicated after the victory of “Yes” that they are preparing to move the chips in the United States Congress to enforce the call from the electorate at the polls, the above remains to be seen.

One of the articles of Law 51 of 2020 provides that no later than five days from the certification of the results of the plebiscite outgoing governor Wanda Vázquez Send a copy of the document to each member of Congress.

The statute also establishes that local authorities have up to 30 days after the certification of the results so that the governor and Resident Commissioner Jennifer González, in coordination with the Council of the Equality Commission, draft the Transition Plan to bring it before the federal Congress.

Additionally, González would be responsible for developing legislation so that the issue is considered in plenary session of Congress.

“The voice and the will of the people of Puerto Rico it will be heard in Congress. It will be the most genuine expression of a people in search of equality, that no American citizen is treated differently for being born and living on this beautiful island. That it is understood that it is not a favor or a gift, it is the claim of a right. It is not that Puerto Rico, as some people have expressed, deserves to be treated with respect; it is a right of all Puerto Ricans, ”Vázquez said days before the elections.

The governor preliminarily certified by the State Elections Commission (CEE) after the elections this Tuesday, Pedro Pierluisi – also from the PNP – he promised to work directly with the Commissioner (who revalidated the position in Washington) to lobby for the bill among congressmen in a bipartisan effort.

Pierluisi is a Democrat, while González, with a voice but no vote in Congress, sympathizes with the Republicans.

With 94.11% of the votes counted, the request for annexation prevailed in the plebiscite, according to the most recent data from the EEC.

However, it took a few hours after the results of the status consultation in which the electorate spoke in favor of becoming the 51st state, for influential leaders in Congress, such as the Democratic representative Nydia Velazquez, who revalidated the legislative body for New York, were against leading a process in the Legislature.

In an interview with the Puerto Rican daily El Nuevo Día, Velázquez, the first Puerto Rican woman elected to the House of Representatives in 1992, argued that the result does not amount to a “supermajority.”

“The referendum did not receive a supermajority, which underscores the need for a democratic process where all options are on the table to decide the future of Puerto Rico. That is why I have repeatedly advocated for and presented legislation to create a status convention on the island where voters would decide among a variety of options on the best way to get away from Puerto Rico’s current colonial status through a process of self-determination ”, stated the democrat.

Velázquez with Alexandria Ocasio-Cortez, another of the Democrats who revalidated in the House, They presented legislation to resolve the political future of the colony through the previous mechanism in which all Puerto Ricans would participate and not a few.

Upon learning of Velázquez’s position, González thundered against the legislator and argued that the Democrat must respect Puerto Ricans.

“People who do not live here want to tell Puerto Ricans how to live … 52% is an absolute majority and the vote must be respected,” said the commissioner.

Opinions among politicians on the island, a US territory for more than a century, are varied.

For some, like the former president of the Democratic Party in Puerto Rico, Roberto Prats, the plebiscite will not have a major impact at the federal level, since among other things, it reflects a decrease in support for statehood compared to the results of the 2017 plebiscite. 3 years ago, support for this formula was 97%, while in the recent process, it was approximately 52%.

“These processes, if they do not go with the endorsement of Congress, will not have any attraction in the eyes of Congress. Puerto Rico is a country that is bankrupt, that has not completed the restructuring under the Promise law and I do not see how Congress is going to add a new stage of discussion to Puerto Rico issues without resolving the most important one that they understand , which is the restructuring of the debt and getting Puerto Rico out of the economic quagmire it is in, ”argued the former senator of the Popular Popular Party to the newspaper El Vocero.

Others like New Progressive Senator William Villafañe validated the result in favor of statehood.

“We are very satisfied with the result in a scenario where all those who were competing in the electoral process, even those who enjoyed the favor of the people, did not reach the levels of favor that statehood had. Statehood in this election obtained more votes than it obtained in the 2017 referendum. It is time that the Government, the incumbent and the electorate, exercise their good offices to request and demand that the federal government, the incumbent and elected Congress, initiate a process of admission of Puerto Rico as a state, “he stated.

The letter of federal Justice against the consultation

Another issue that complicates the panorama and the possibility of Puerto Rico being admitted as a state of the Union is that the federal government itself had warned in July through a letter from the Department of Justice that it would not grant funds to carry out the plebiscite, among other reasons, because the request was made out of time and the consultation itself was skewed toward statehood.

“The Yes or No Statehood ballot is in conflict with the United States’ public policy judgment that the people of Puerto Rico have not definitively rejected the Commonwealth of Puerto Rico (ELA),” says the letter reviewed by media in the Caribbean country .

“Voters may reasonably interpret the statements of law to mean that a majority vote for ‘Yes’ will necessarily result in automatic or immediate statehood, which is incorrect,” adds the document sent by the assistant federal prosecutor from the federal Department of Justice. Jeffrey Rosen, the then president of the State Elections Commission (CEE), Juan Ernesto Dávila Rivera.

Rosen also points out that the cases of Alaska and Hawaii – which became US states – cannot be compared with that of Puerto Rico, since the votes in favor of statehood in the previous cases occurred at the end of the admission process and were directly associated with the federal laws that were worked on for annexation. 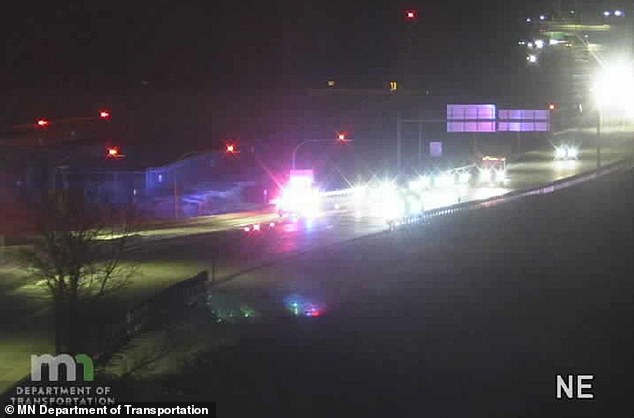