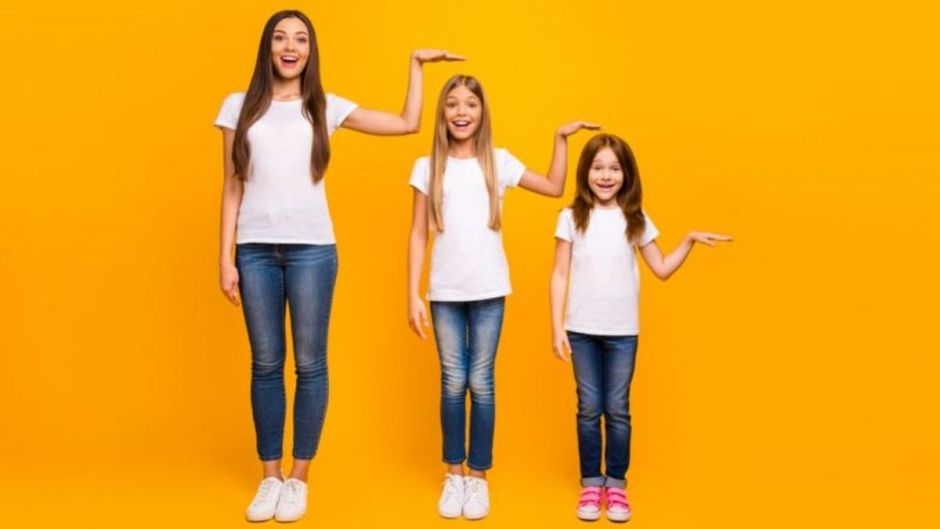 It is not just a genetic issue: poor nutrition in school-age children can contribute to an average difference of 20 cm in height between individuals from different countries, according to a new analysis published in the prestigious magazine The Lancet.

The taller adolescents of 19 years are also of the Netherlands (170.4 cm), while those of smaller stature are in Guatemala (150.9 cm).

The team of scientists analyzed data from more 65 million children and adolescents between 5 and 19 years collected by more than 2000 studies carried out between 1985 and 2019.

The researchers emphasize the importance of monitoring changes in the height and weight of children around the world over time, as this may reflect the quality of food available and how healthy the environment is for young people.

Overall, in 2019, they found that children and youth in central and northwestern Europe (the Netherlands and Montenegro) were the tallest in the world.

While the lowest average 19-year-olds lived in South and Southeast Asia, Latin America and East Africa.

Other relevant data from the report:

The study also looked at body mass index (BMI), a measure that helps determine whether a person is at a healthy weight in relation to their height.

The researchers found that the older teens with the highest BMI lived in the Pacific Islands, the Middle East, the United States and New Zealand.

While 19-year-olds with the lowest BMI live in South Asian countries like India and Bangladesh.

Scientists estimate that, broadly speaking, the difference between the countries with the highest and lowest BMI levels is 25 kilos.

In some countries, children achieved a healthy BMI by age 5, but had a high chance of becoming obese by the time they reached 19 years of age.

While researchers acknowledge that genetics play an important role in individual child’s height and weight, they say that when it comes to the health of entire populations, nutrition and the environment are key.

They also argue that global nutrition policies basically focus on children under 5 years of age, but their study shows that more attention should be paid to children. growth patterns of older children.

Andrea Rodríguez Martínez, a researcher at Imperial College in London and one of the study leaders, points out that a healthy weight and height in childhood and adolescence have long-term health benefits.

“Our findings should motivate (the implementation) of policies that increase the availability and reduce the costs of nutritious foods, as this will help children to grow in height without gaining excess weight.”

In the opinion of Alan Dangour, a researcher at the London School of Hygiene and Tropical Medicine, this is a single analysis and powerful.

“For the first time, a global analysis focuses on the growth of school-age children and adolescents, and identifies that governments around the world are not doing enough to ensure that children enter adulthood in good health.” Sofía Vergara requests a restraining order against a stalker | The State