Actor Priyanka Chopra always spreads magic on the red carpet with gorgeous, glamourous outfits but sometimes, things can get a little too uncomfortable under all those sequins and lace. In a recent interview, Priyanka has revealed the two red carpet looks that she was most uncomfortable in.

Over the years, beginning from when she was crowned Miss World in 2000 to when she made her debut at the Oscars red carpet in 2016, Priyanka has given her fans outfit goals. Each time, she appears on the best dressed lists of several publications’ lists. But all those perfect pictures sometimes hid the discomfort she was feeling.

Speaking to People magazine about her most annoying but beautiful looks, Priyanka said that her Miss World dress gave her a lot of trouble. “In year 2000, I won Miss World and my dress was taped on to me. By the time I won at the end, I was stressing so much because it was so stressful that the entire tape came off. And the whole time I was doing my walk, I kept my hands like this in a ‘namaste’. People thought it was a namaste but it was actually holding my dress up,” she said.

The second most uncomfortable look was the red velvet Ralph Lauren number for Met Gala in 2018. “It was this blood red, Ralph Lauren, beautiful outfits with a gold hood. But the corset under that thing, I couldn’t breathe! I felt like it reshaped my ribs. So hard to sit during dinner. Obviously couldn’t eat too much that night,” she said.

Also read: Rishi Kapoor grew closer to son Ranbir Kapoor as he battled cancer: ‘He has been very supportive’

Priyanka was in Germany for a few weeks recently to shoot for her film Matrix 4. The film brings back Keanu Reeves as the lead but Priyanka’s role is not known.

Earlier this week, she returned home to the US and was reunited with husband Nick Jonas. She celebrated her second Karwa Chauth with him on Wednesday.

Manasi Parekh: I don’t connect with a lot of the content on TV these days

Kamaal R Khan claims Bollywood is trying to force him out of Mumbai, says Sushant Singh Rajput was similarly bullied 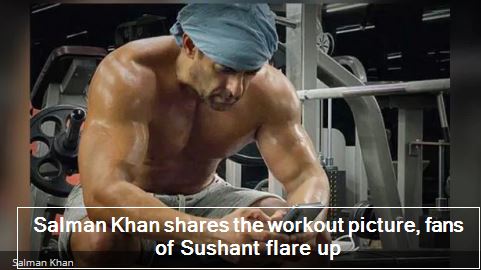