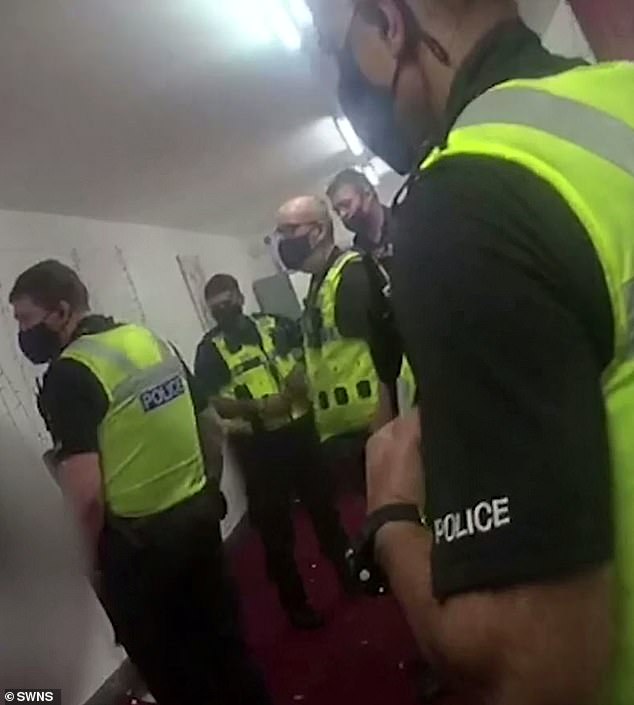 
Return of the speakeasy: Police raid birthday party where 60 GUESTS paid to buy booze and find card machine and wads of cash stuffed in draw as organisers are hit with a £10,000 fine

Police raided a birthday party with 60 guests last Friday after discovering a function room filled with booze and decorated with balloons and huge speakers, leaving organisers with a £10,000 fine.

Inside, officers found large balloon arches and sound systems, along with a card reader and a draw of cash together with alcohol, despite the venue not being licensed to sell drink.

One reveller can be heard telling police the people leaving were attending a birthday party.

Supt Simon Inglis said the event was a ‘blatant breach of coronavirus law’.

Police arrived at the venue in Bilston, Wolverhampton last Friday night, where they discovered a birthday part with up to 60 people inside

The organisers were slapped with a £10,000 fine for breaching Covid-19 restrictions.

West Midlands Police said around 60 guests were seen pouring out the illegal party which broke rules on gatherings and social distancing.

One reveller is heard admitting to cops: ‘It was a birthday party.’

Police also found a card reader and a drawer stuffed with cash suggesting an unlicensed bar was being run.

An officer is heard saying: ‘They’ve got a card machine so they must have some paperwork here.

‘Look at this cash.’ 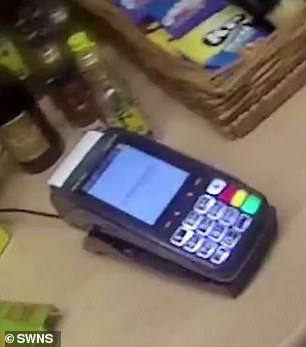 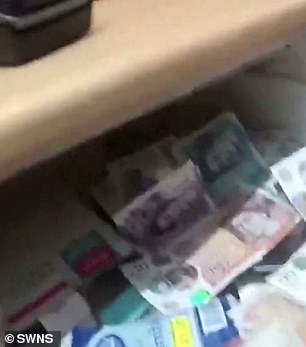 Police discovered a plugged in card machine and a drawer full of cash at the party, raising suspicions that an unlicensed bar may have been up and running 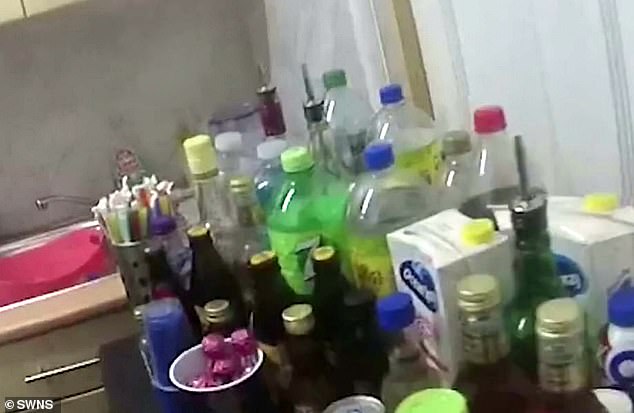 Alcohol and food lined the sides of the function room in Bilston, Wolverhampton, last Friday 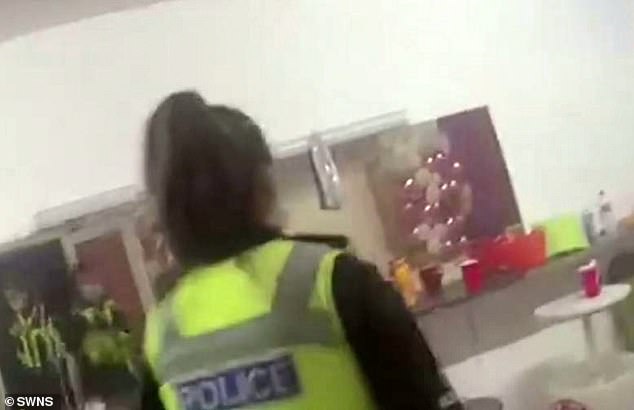 Bodyworn camera footage on the officers captured dozens of people leaving the party last Friday, as officers walked in, they found balloon arches and cups of drink scattered across the room

Wolverhampton was in Tier 2 lockdown restrictions at the time, and West Midlands Police has issued the footage as a warning during the national lockdown through November.

Supt Inglis said: ‘At a critical time for the health of the city, I think the vast majority of the community would agree that it was necessary to do so on this occasion.

‘We need to be really clear to those people who are thinking of arranging or attending such event that we will take action to protect the community.

‘As well as issuing fines to those who arrange such events, those who attend also face the risk of individual fines, and we will not think twice about issuing them when necessary.

‘Overall our aim is to help the community and be there when they need us rather than issuing fines for breaches of the regulations. 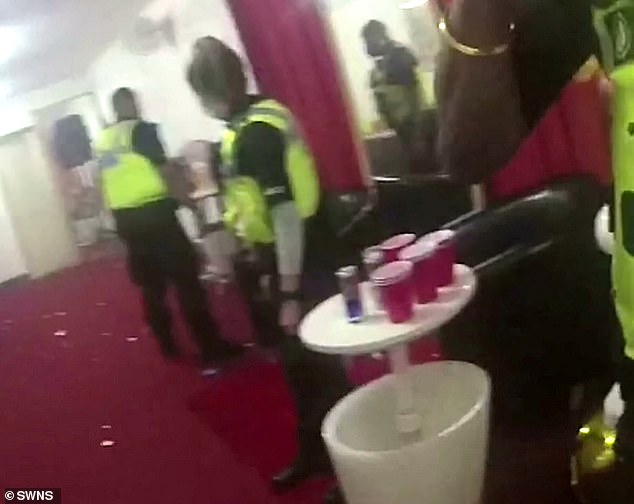 An organiser of the party told police at the scene they were having a birthday party. They have been fined £10,000 Alcohol was left in the kitchen as revellers fled the party as police arrived, around eight officers were called to the scene 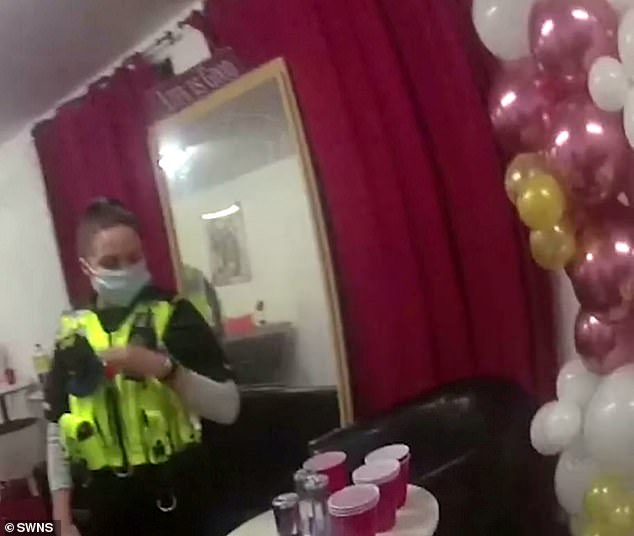 West Midlands Police said the party was a ‘blatant breach of coronavirus law,’ Wolverhampton was under Tier 2 restrictions at the time

Councillor Jasbir Jaspal, the City of Wolverhampton Council’s Cabinet Member for Public Health and Wellbeing, said: ‘We all have a key role to play in the fight against Covid-19, and the vast majority of Wulfrunians have worked incredibly hard over the last few months to prevent the spread of the virus.

‘Arranging and taking part in a party like this contravenes just about every Covid-19 regulation going, and I am sure law abiding residents will be as disgusted as I am at the actions of others who, through their thoughtlessness, are putting people’s lives at risk.’