Democrats stepped up their campaign toward Latinos.

There are still no final results, but promoters of the Latino vote highlight the participation of this community focused on the former vice president Joe biden and that, in key states, it represented an important element in the balance.

In states that put the Democrat ahead for now, a high percentage of Latino voters came out to vote for him: in Wisconsin, 71 percent and in Michigan, 76 percent.

The American Election Eve Poll 2020 reports indicate that Florida was where the most Latinos voted for the president Donald trump with 38% versus 59% for Biden.

President Trump’s Latino campaign highlighted counties in Texas, highly Mexican-American, where the vote for the Republican increased considerably, with more than 20 percentage points compared to 2016. The average was 29% for the president against 67% a favor of the democrat.

Laura Rodriguez, an expert in public policy and electoral processes at the Center for American Progress Action Fund, had told this newspaper that the Cuban-American community would give high support to President Trump in Florida, which happened, but highlighted the campaign on “socialism” and “Communism” targeted by Republicans. This phenomenon would not be repeated throughout the country.

An NBC News report indicates that 71% of Cuban-Americans voted for President Trump in Florida against 23% for Biden. Among Puerto Ricans, the figure was reversed, since the Democrat would have received 66% of those votes against 23% for the Republican.

Eeach one is either a border county or very close to the US-Mexico border.

Trump’s margins improved by +20 points in all of them vs. 2016.#ItsNotJustCubans pic.twitter.com/T59SU0n6tV

“There are still millions of votes by mail without counting, each one a voice waiting to be heard”He said. “For immigrant communities, for workers, for families, it matters who represents them in the highest office on this earth.”

The organization Voto Latino highlighted the participation of young peopleAlthough the final voting figures and their distribution by states will take days to be published.

“Latino voters vary from state to state due to the complexities of ethnicity, gender, age, education and other variables,” the group noted. Key facts about the upcoming $ 1,400 stimulus check | The State How much money did Che Guevara have? | The NY Journal 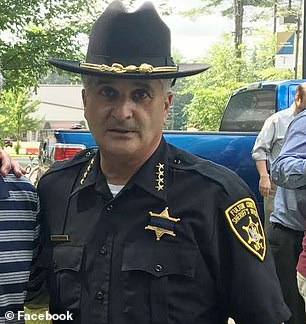