Though the Karwa Chauth ritual is observed by married women for their husbands, Abhishek Bachchan also kept a fast for his wife, Aishwarya Rai Bachchan, this year. He made the revelation during a recent promotional interview for his upcoming Netflix drama, Ludo.

Abhishek said that Karwa Chauth was a working day for him and Aishwarya, and their celebration at night was a ‘nice quiet family affair’.

Talking to Koimoi, Abhishek said, “We were both busy working the whole day and then in the evening, the ladies do their pooja. In the night they wait for the chand (moon) and do the pooja and break the fast. It was just that – a nice quiet family affair.”

Also read: Kajal Aggarwal, Gautam Kitchlu pose in front of Gateway of India, her dainty mangalsutra is like nothing we’ve seen before

Abhishek and Aishwarya have worked together in a number of films including Kuch Naa Kaho, Umrao Jaan, Guru and Raavan. They got married on April 20, 2007 and have a daughter, Aaradhya, who was born in 2011.

Abhishek, who made his digital debut with the Amazon Prime Video series Breathe: Into The Shadows earlier this year, has more OTT releases lined up. His next, Anurag Basu’s Ludo, will be out on Netflix on November 12. The film also stars Sanya Malhotra, Rajkummar Rao, Fatima Sana Shaikh, Aditya Roy Kapur and Pankaj Tripathi.

Post Ludo, Abhishek will be seen in Kookie Gulati’s The Big Bull, which is due out on Disney+ Hotstar. He also has a Kahaani spin-off titled Bob Biswas in his kitty. 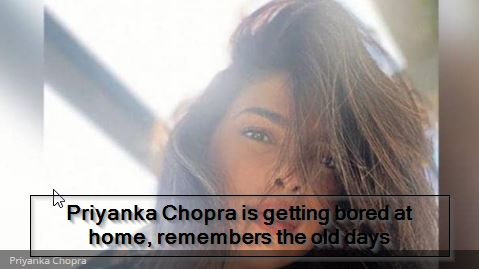 Priyanka Chopra is getting bored at home, remembers the old days