Joe Biden and Kamala Harris on Wednesday unveiled their presidential transition website, despite there being no winner of Tuesday’s vote.

The website, buildbackbetter.com, is designed to keep people informed of what Biden and Harris – if they win – will do in the weeks leading up to inauguration on January 20.

‘The American people will determine who will serve as the next President of the United States. Votes are still being counted in several states around the country,’ the website states, beneath a photo of Biden, pen in hand, looking thoughtful.

‘The crises facing the country are severe — from a pandemic to an economic recession, climate change to racial injustice — and the transition team will continue preparing at full speed so that the Biden-Harris Administration can hit the ground running on Day One.’

The Biden campaign launched their transition website on Wednesday Biden and Harris, pictured on Wednesday afternoon, are attempting to project authority

The website was being seen as an attempt to project authority and confidence, at an uncertain time.

One Twitter user decided the move was was ‘tantamount to declaring victory’ and should be taken as a sign that the election ‘was a wrap hours ago’.

Biden has made it clear that, on day one, he will rejoin the Paris climate change agreement, and begin implementing his plan to bring the coronavirus pandemic under control.

Even before election day speculation was growing as to who would feature in a Biden cabinet.

Among the suggestions were Delaware senator Chris Coons for secretary of state, and either Preet Bhrarara, the former attorney for the Southern District of New York, or Andrew Cuomo, the governor of New York, to head up the justice department.

In a bid to have as broad an appeal as possible, Biden was thought to be reaching out to some Republicans – Jeff Flake of Arizona, of former Ohio governor John Kasich.

Elizabeth Warren and Bernie Sanders were in a complicated position, given their current senate seats could be filled by a Republican, given that in both their states – Massachusetts and Vermont – the governor appoints a replacement, and the governors of both states were Republican.

The speculation all seemed premature, however, given the state of play on Wednesday night.

With key states of Pennsylvania, Nevada, Georgia and North Carolina yet to be called, and Arizona’s early call for Biden looking increasingly shaky, the election was far from over. The Golden Girls: Classic sitcom to be remade with all-black cast 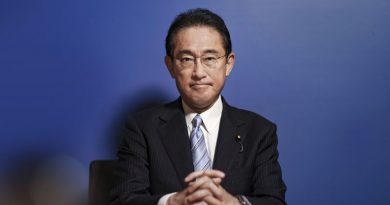 Steven Spielberg gets a restraining order against an alleged stalker