A Trump supporter protests in Nevada.

Supporters of President Donald Trump have started to come out of their homes to protest the election results.

Videos of groups of people arriving at offices where votes are counted in Michigan are beginning to emerge on social networks Wisconsin, Pennsylvania and Nevada.

A video shows a group arriving at an office in Detroit to request a stop to the count. The people arrived when Joe Biden began to be profiled as a winner in that state.

#BREAKING: Large, animated crush of “stop the count” protestors trying to push their way into TCF hall in #Detroit where ballots are being counted.

They’re being blocked by guards at the door.

In Nevada, a man in a T-shirt that reads “BBQ, Beer and Freedom” appeared behind a Clark County elections official giving a press conference.

The Biden Family Stole This Election, The Media Cover It UpThe man yelled repeatedly. “Give us back our freedom, Joe Biden.”

The subject left the scene to the surprise of those present.

I’m not 100% sure, but this Trump supporter wearing a t-shirt reading “BBQ, Beer, Freedom” interrupting a press conference in Nevada might just be the most perfect crystallization of what’s going on in the US. Ever. pic.twitter.com/MBeH9fYNA6

President Trump has already called for a vote recount in Wisconsin and filed a lawsuit to stop the count in Pennsylvania. Ghislaine Maxwell’s jail torture – or a pack of lies to get $30m bail by Christmas? 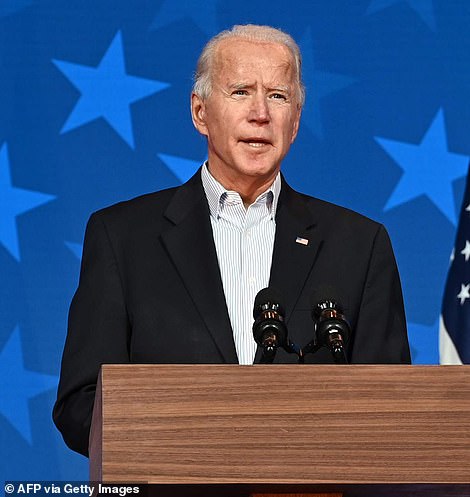 US Election: Biden takes the lead in Pennsylvania with 5,000 votes