Actor Poonam Pandey is not letting an FIR get in way of her Karwa Chauth celebrations. On Wednesday, she took to Instagram to share a picture with her husband Sam Bombay after she was booked for shooting a ‘pornographic video’ on government property in Goa.

The picture showed Poonam and Sam posing for a selfie. “Hey Husband, happy Karwa Chauth,” she captioned her post.

The complaint against Poonam was filed by the state Water Resources department, which manages the Chapoli dam in Canacona village in Goa, where the video was shot. Deputy superintendent of police Nelson Albuquerque said Poonam will be summoned for questioning.

“A case was registered against Pandey after she was spotted in the video which has gone viral. She has been booked for obscene gestures, trespassing on the government property, and for shooting and distributing an indecent video,” the officer said.

Also read: Abhishek Bachchan says every actor has experienced ‘work drying up’, is fortunate to have survived that phase

Poonam and Sam got married in September, shortly after which Poonam filed a police complaint against him for physically abusing her on their honeymoon. While she first said that she would never go back to him, they patched up a couple of days later.

Nawazuddin Siddiqui’s wife Aaliyah records statement on her complaint against actor, his family 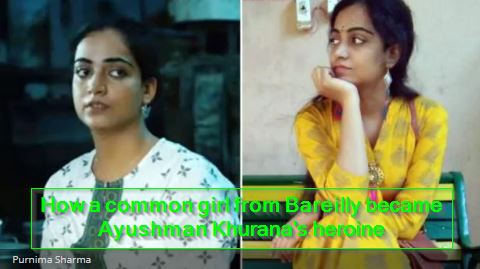 How a common girl from Bareilly became Ayushman Khurana’s heroine