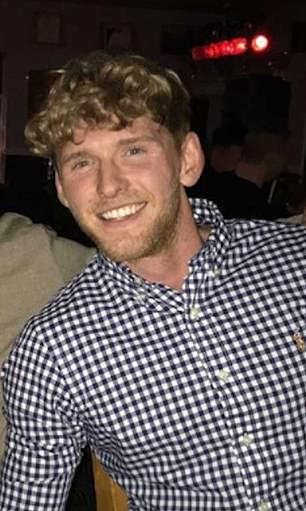 Conor Howard, 27, was stopped in Qatar last October on his way back to the UK from Australia

A Scottish tourist who faced years in a Qatari prison for a cannabis grinder in his luggage can return home after he won a two month legal battle that caused his father to suffer a heart attack.

Conor Howard, 27, was stopped  in Qatar last October on his way back to the UK from Australia when he was found with the grinder -which he says he bought for a friend as a joke.

The  grinder was confiscated and Mr Howard, who works as a project manager was allowed to return home to Tranent, East Lothian.

However he was unaware he has been placed on an international most wanted list and was arrested in Corfu in August, when he travelled to visit his mother and stepdad.

The Greek authorities informed him  of an outstanding international arrest warrant issued by Qatar. The grinder was confiscated and Mr Howard, was allowed to return home to Tranent, East Lothian Conor Howard, 27 said he had bought the cannabis grinder as a joke for a friend

The Gulf state alleged Conor had been in possession of drugs.

Conor was held in a Greek prison and later released on bail, but he wasn’t allowed to leave until his court hearing.

Today a Greek court denied the Middle East state’s request to extradite him.

The stress of the ordeal caused Conor’s dad to have a heart attack.

Radha Stirling, of lobby group Detained in Dubai, said: ‘Conor Howard and his family are naturally relieved by today’s ruling to dismiss Qatar’s extradition request, but these are proceedings that Conor never should have had to endure in the first place.

‘Conor thought he faced years in a desert prison with a terrible human rights record.

‘This is a family’s worst nightmare and they should never have had to go through this.

‘Conor has been unfairly detained, his father suffered a heart attack as a result of the stress and the financial impact huge. 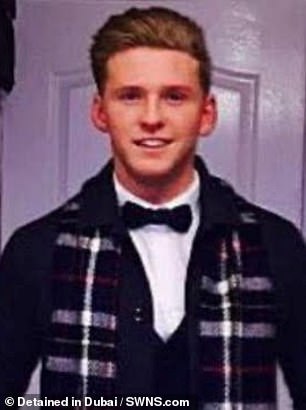 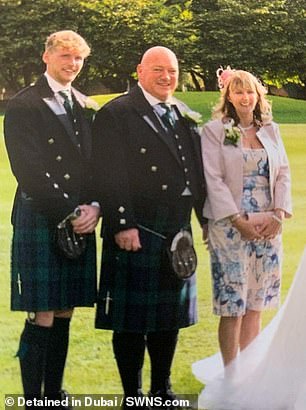 ‘I am very happy we were able to bring Conor home and privileged to have helped him and his lovely family.

‘Conor should be compensated by Interpol for this ordeal.

‘I will be making recommendations to Greece’s government that will offer more protections to victims of Interpol abuse in the future.

‘Qatar has shown itself to be unsafe as a tourist destination and transport hub in Conor Howard’s case and in the recent treatment of women en route to Australia.

‘Brits should avoid transport via Doha until the government of Qatar values the rights of travellers to Qatar.

‘It is far from acceptable that Middle Eastern countries are overreaching their powers of arrest through use of Interpol’s Red Notice database.

‘It is not Qatar that has earned respect, it is Interpol and it is on the basis of our trust for Interpol, that we are arresting European citizens. Mr Howard was found with the grinder in October in Qatar, on his way back to the UK from Australia. He was detained in Greece in August due to an outstanding international arrest warrant issued by Qatar

‘Interpol though, has been accused of corruption and Qatar is one of its biggest donors.

‘This leads to people like Conor being arrested in European countries, in violation of human rights and is something in urgent need of reform.

‘Countries like Greece need to consider the human impact of allowing countries like Qatar to cause the arrest of our citizens.

‘Others have suffered PTSD and health issues following their arrests abroad.. It is not something that can be taken lightly. ‘