Antonio Esteban studied to be a makeup artist. Son of Mexicans, from the Jalisco area, but born in California, Esteban met Inessa Shak while he was training in this trade, who over time has become his partner in Style PR, one of the companies dedicated to public relations in the world of fashion in Los Angeles that represents designers and dresses celebrities.

Esteban knows like few others what Jennifer López, Beyoncé, Kylie Jenner, Thalia or Sofía Vergara want to wear when they step on a red carpet, record a video or have a Zoom conference in these times of COVID.

Creating his company was not what Esteban had in mind when he graduated, but when he started working a little over a decade ago he saw that in the photo shoots he had little control over the work. “First the photographer decided, then the creative director, then the stylist, and finally the hairdresser and makeup artist,” he explains, “now it has changed, but then it was like that.” That lack of control over his work left him dissatisfied.

But one day opportunity knocked on his door. A stylist canceled his participation in a photo shoot and before canceling it Esteban offered to replace him. “I had designer friends and I asked them to lend me clothes, they did”, he remembers that the photographer worked with him and sought their opinion and he liked that. That day she decided that she was going to make the leap to styling.

He worked for two years, but he admits that he was not used to not having regular work because some days he was very busy and others not. So she connected with Shak, who was a makeup artist, and they decided to start a styling and public relations company. “With an office, doing the things they enjoyed doing, I styling, she makeup, we met many people and opened without experience.”

When describing his business Esteban says that his clients are designers. They hire your company to interact with the stylists of the stars and they wear their clothes, it is one of the most effective forms of advertising. “My second client is the stylist, I can call Kylie Jenner’s stylist and tell her that I have the perfect dress or shoes for her, with her measurements, with the color that suits her,” she describes.

Esteban explains that in public relations matters what they do is make the designer known once a celebrity wears their clothes. Many of the creators he works with are from the Middle East, well known in that area but not so much in the US.

This part of the business, Esteban laughs, that they were a bit of a surprise when they had the first great moment of the signing shortly after launching it.

“We opened in November and in January Sofía Vergara, who then premiered her show and it was her first Golden Globe, chose our dress,” she says. Esteban says that he did not really know until an hour before what he would wear and when he saw her on the red carpet they asked him “did you send the press release?” “And I said, what is that?” “We didn’t know much about it,” he admits after saying that they immediately remedied it by hiring a specialist.

The measure of how important personal relationships are to your business is given by the story of how you came to represent your first designer. “I was watching the Tyra Banks show, The Next Top Model and they each had a guest designer. There was one Filipino based in Dubai that I loved. His name is Michael Cinco and I sent him a message on Facebook saying that I loved him and that I would like to work with him in the future ”.

When after a year he decided to open, being very new and having no references, he was unable to attract clients but decided to send a message to Cinco, acknowledging that he had no experience or anything to teach him but wanted to start. “He said, Where do I send you the dresses?”

And that’s how she started with the 10 dresses she sent her. One of them was the one that Sofía Vergara used and the business began to roll.

This designer, whose main work is the use of glass, arrived at a time when Lady Gaga marked the style with her somewhat heterodox appearances. The stars wanted that type of clothing and Esteban and Shak’s firm specialized in that niche by contacting other designers from the Middle East. “I made myself known with that angle.”

Over time you already know the styles of the most sought-after stars. He says that he does not ask anyone for anything but that everyone knows that he is available 24 hours a day if they need him. When a star can’t find a dress at the last minute that he wants to wear, has lost his suitcase on a trip or for whatever reason, he has a solution. “This service is something that counts.”

To the designers, who contact him because they know what he does on Instagram on many occasions, he tells them how they have to work to make dresses that Beyoncé or Jennifer López want to wear, for example. Issues of sizes, colors, fabrics. Esteban already knows what they want to wear, he understands his wardrobe. Some do not make sizes larger than two and Esteban says that this way they lose business. “Stars are constantly changing size,” he says.

COVID-19 has changed his business in a way. There are no festivals, no awards season and things have changed a lot in fashion.

That’s something you count on. He says that he has to adapt to a fashion that changes every five years at the most, but this time what has occurred is a change due to illness. His firm in which 15 people have worked has been reduced to six. In the last few months they are starting to pick up speed again because videos are being shot, stars want to look good on zoom calls or TV sets and from time to time there are award ceremonies.

In five years he sees himself expanding his business to stylists and makeup artists, although for now he is focused on managing his company in the era of COVID and closely following social trends. “The stars, some want to continue with the glam.” 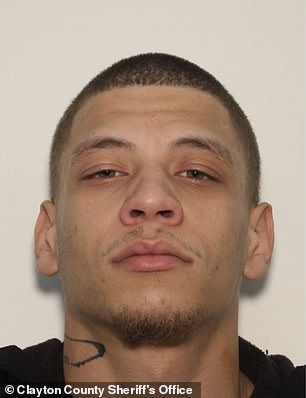 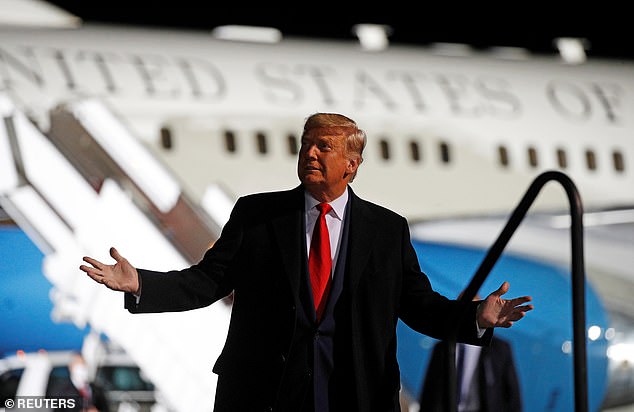 ‘Politics is BORING without me’: Trump says it’s him or ‘Sleepy Joe’ Biden at Pennsylvania rally