By Claire Ellicot Political Correspondent For The Daily Mail

Labour’s civil war over anti-Semitism could cost the party £30million in union funding.

Unite, the Communication Workers’ Union, the Fire Brigades Union, the Transport Salaried Staffs’ Association and the Bakers, Food and Allied Workers’ Union have together donated around £6million a year to the party since 2015.

They are all close to Mr Corbyn, who was suspended last week for questioning the findings of a damning report by the Equality and Human Rights Commission.

He said the issue of anti-Semitism within the Labour Party was ‘dramatically overstated for political reasons’. 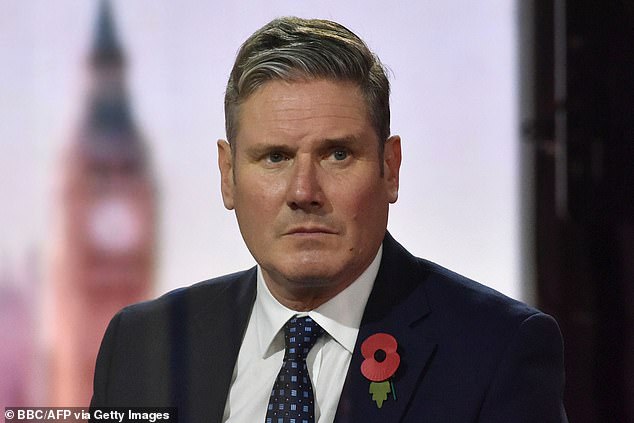 The leaders of seven unions signed a letter over the weekend condemning the suspension.

‘We seek to put on record our serious concerns about the manner of and rationale for suspension of the former party leader Jeremy Corbyn,’ they said.

Dave Ward of the CWU said the decision to suspend Mr Corbyn was ‘political opportunism’.

He claimed Sir Keir had decided to ‘plunge the Labour party into a civil war’. ‘Nothing Jeremy has said has warranted his suspension,’ he told The Observer.

Len McCluskey of Unite, Labour’s biggest donor, has cut funding to the party under Sir Keir’s leadership as a warning shot against a tack to the Right.

He said the suspension was ‘an act of grave injustice which, if not reversed, will create chaos within the party and in doing so compromise Labour’s chances of a general election victory. A split party will be doomed to defeat’.

Asked about Mr Corbyn’s suspension yesterday, Sir Keir told The Andrew Marr Show on BBC One: ‘I’d invite Jeremy just to reflect on what he said on Thursday and think about what he said.

‘For most people what they wanted from the Labour Party on Thursday was an honest recognition of the problem and an apology, a line in the sand and a constructive way to move forward.

‘ I’m not going to shirk from difficult decisions in rooting out anti-Semitism.’