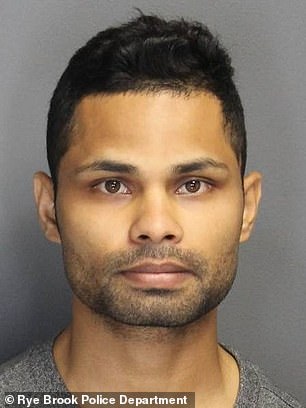 A New York woman has filed a lawsuit against Uber after she said she was assaulted during a ride home by driver Iqbal Hussain (pictured) in 2018, who was eventually acquitted of first-degree sexual assault

A New York woman who said she was groped by an Uber driver during a late night ride home is suing the ride-share company because it hadn’t done enough to screen its drivers.

The woman, identified as Jane Doe in court papers, alleged that Uber driver Iqbal Hussain of New York City, groped and then attacked her while he was supposed to be driving her from Manhattan back to her home in Westchester, New York, in June 2018.

The incident left her with a fractured shoulder, post-traumatic stress disorder and anxiety and depression, she said.

In her Manhattan Federal Court lawsuit against Uber, she said she is a ‘shadow of her former self’ and said that ‘Uber knew that women who hired Uber to obtain a safe ride home were actually at risk’ because they hadn’t done more to screen or monitor its drivers.

The woman said that the incident that led to the lawsuit occurred when she had called an Uber to pick her up at about 1am in Manhattan. During what was supposed to be a 40 minute drive, she said she fell asleep.

At some point during the ride, she said she woke up after feeling ‘somebody touching me.’

‘I noticed that there’s nobody in the front seat of the car, and I looked around and I notice the car is pulled over on the side of the highway,’ the woman told the New York Post in a Saturday interview, while speaking out for the first time.

She then claimed that she realized Hussain was sitting next to her and had his hand under her dress.

She said she went ‘into survival mode,’ after that.

‘I just tried to punch him as hard as I could in the temple,’ she said, adding that ‘then he grabbed my right wrist and twisted my right arm, and I screamed for him to stop, because I was in excruciating pain.’ 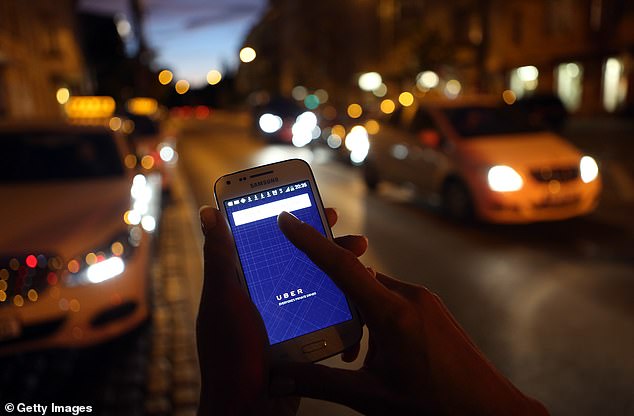 The woman said that the incident occurred during what should’ve been a 40 minute ride from Manhattan to her home in Westchester, New York (file image) The woman said in her lawsuit that Uber did not do enough to protect women and that had it monitored or screened its drivers, it could have prevented her alleged attack from occurring

She said that the attack then ended and Hussain drove her home.

‘All I could think was, “Am I going to make it home OK?”‘ she said, noting that the highway was empty and only one other car passed them during the ride, leaving her feeling like she had no other option but to finish the Uber ride.

In the court paper, the woman said that Hussain acted ‘as if nothing had happened’ during the rest of the drive.

She reported the incident to police the next day.

Hussain was arrested at his home in July 2018 and charged with first-degree sexual assault. He was acquitted during a 2019 trial, when questions were raised about where the assault occurred.

The woman said that she was scared to leave her home after the incident and had difficulty sleeping, couldn’t get out of bed and suffered from depression as a result of what she claimed happened in the Uber.

The woman said that if Uber had in-car video or checked on drivers when they went off-route, incidents like her own could have been prevented.

The woman’s lawyer, Bill Brewer, told the New York Post that ‘Uber knew that this car picked this woman up, they knew where the intended location was and they knew that this Uber driver stopped off route for 15 minutes. They knew it.’

Brewer said Uber knows ‘that thousands and thousands of women have been sexually assaulted before that night by their drivers, yet they’re advertising themselves as the safe alternative to a yellow cab or some other type of transit after dark.’

‘It infuriates me,’ the woman told the newspaper. ‘I don’t think they’re doing enough to protect women.’

She said that although the company promotes itself as being a ‘safe ride home,’ she had ‘no clue you would basically be on your own if this happens.’

She noted: ‘Uber doesn’t take any responsibility for anything.’

Following the 2018 incident, Uber said in a statement that it had barred Hussain from either working for the company or using its app, Patch.com reported at the time.

The company did not comment on the woman’s lawsuit, but noted that it had added more background checks in 2019 and had started requiring drivers to get sexual misconduct training in 2020.

It also initiated a safety measure called ‘RideCheck’ in 2019, which uses GPS data and other sensors in the drivers’ smartphones to detect potential crashes or when rides go off course, at which point messages will be sent to both the driver and passenger to see if everything is okay.

Uber is facing similar lawsuits from more than 200 women across the country, including in Connecticut, Oregon, Washington, Massachusetts and California, Business Insider reported in September. 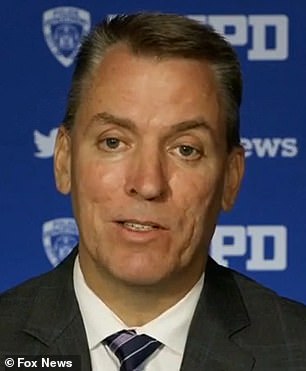