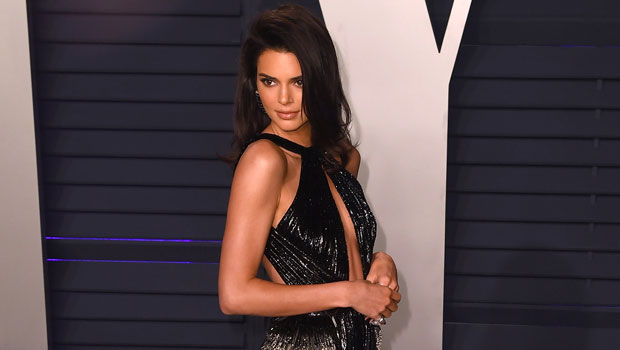 Kendall Jenner welcomed in the age of 25 with a star-studded Halloween-themed pre-birthday bash at an impressive club in West Hollywood, CA. See the pics and videos here.

Kendall Jenner will be 25 on Nov. 3 and she celebrated the milestone early with an impressive Halloween/birthday party at Harriet’s Rooftop in West Hollywood, CA on Oct. 31! The Keeping Up with the Kardashians star, who was dressed as Pamela Anderson from Barb Wire for the spooky holiday, was joined by a large group of family and friends, including many familiar faces such as sister Kylie Jenner, 23, Justin Bieber, 26, and Travis Scott, 29, during the festivities and from the looks of some video clips and pics that made their way around the internet, they all had a blast!

Kylie, who was dressed as an amazing cobra snake for the model’s party, took to Instagram to share various posts from the eventful night. One of them showed off her eye-catching costume while others showed blonde Kendall in her figure-flattering black bodysuit and gloves as she happily posed for the camera while eating snacks and blowing out the candles on her large birthday cake. Justin was also spotted in Kylie’s videos as he sat down at a table to mingle with guests while dressed as the character Woody from Toy Story.

Travis was also seen at Kendall’s party while wearing a Batman costume, and rapper Quavo, 29, who was dressed as a beast, shared a photo of the two of them posing together while seemingly having a great time. Kendall reposted some videos from others to her own Instagram story as well and she was all smiles in every post she appeared in.

Although the bash definitely looked like it had a big attendance list, a source told us that the birthday girl made sure to rent out the venue, so it had a “small guest list” with only people she knew and wasn’t open to the public. “Kendall bought out the entire venue and was telling people it was a small guest list,” the source EXCLUSIVELY told HollywoodLife.

Before the lavish party took place, a previous insider gave us EXCLUSIVE details about what was planned for the big event. “Kendall Jenner is throwing a big Halloween party,” the insider, who is close to the KarJenner family, told HollywoodLife EXCLUSIVELY. “Kylie and a bunch of their friends are attending.” It was also reported that there would be around 100 guests, by Page Six, but it’s not clear how many actually attended at this time.