Costco has stopped purchasing Chaokoh coconut milk after the company producing it, Theppadungporn Coconut Co., based in Thailand, was accused of using forced monkey labor.

PETA investigators found cruelty to monkeys at the farms and facilities of the food company.

‘When not being forced to pick coconuts or perform in circus-style shows for tourists, the animals were kept tethered, chained to old tires, or confined to cages barely larger than their bodies,’ PETA said in a statement.

‘One coconut farmer confirmed that when monkeys are terrified and try to defend themselves, handlers may have their teeth pulled out.’

PETA investigators visited eight farms where monkeys are forced to pick coconuts-including those for Thailand’s major coconut milk producers, Aroy-D and Chaokoh, as well as several monkey-training facilities and a coconut-picking competition

PETA declared the news on its website: ‘Victory! Costco, one of the largest grocery chains in the U.S., has cut ties with Chaokoh coconut milk after discussions with PETA and hearing from thousands of concerned shoppers like you.’

‘Many kind people choose coconut milk instead of cow’s milk because they don’t want to support cruelty to animals. But a disturbing PETA Asia investigation reveals that terrified young monkeys in Thailand are kept chained, abusively trained, and forced to climb trees to pick coconuts that are used to make coconut milk, meat, flour, oil, and other products,’ said PETA on its website.

Specifically, PETA said it visited eight farms ‘where monkeys are forced to pick coconuts-including those for one of Thailand’s major coconut milk producers, Chaokoh-as well as several monkey-training facilities and a coconut-picking competition. At each one, they documented that these sensitive animals were abused and exploited.’

So far, Theppadungporn Coconut Co. has not commented on the allegations.

The report stated 64 farms out of 817 had been randomly selected and ‘did not find the use of monkey for coconut harvesting.’ Costco has stopped selling coconut products from Thailand after it emerged some products used slave monkey labour to harvest the fruit. Pictured: A macaque eats a piece of Chinese cabbage outside a shop in Lopburi, Bangkok Forced monkey labor sees the animals snatched from their mothers, chained and forced to harvest up to 1,000 coconuts a day PETA investigators visited eight farms where monkeys are forced to pick coconuts-including those for Thailand’s major coconut milk producers. At each one, they documented that these sensitive animals were abused and exploited

‘Following the recent news about the use of ‘monkey labour’ in Thailand’s coconut industry, Chaokoh, one of the world’s leaders in coconut milk production, reassures that we do not engage the use of monkey labour in our coconut plantations,’ the company said in a statement. It noted that suppliers have also signed memorandums of understanding that there is no monkey labor at their farms.

PETA is calling for a complete ban on all major supermarket stores selling Chaokoh milk products.

‘No kind shopper wants monkeys to be chained up and treated like coconut-picking machines,’ said PETA President Ingrid Newkirk in a statement. ‘Costco made the right call to reject animal exploitation.’

Costco’s Vice President of Corporate Food and Sundries, Ken Kimble, has also stated that the wholesaler has launched an investigation and its supplier has promised to visit every single facility to check that monkey labor is not being used.

‘We have ceased purchasing from our supplier/owner of the brand Chaokoh,’ Kimble wrote in the letter, dated September 29. ‘We have made it clear to the supplier we do not support the use of monkeys for harvesting and that all harvesting must be done by human labor.’ Costco’s Vice President of Corporate Food and Sundries, Ken Kimble, has also stated that the wholesaler has launched an investigation and its supplier has promised to visit every single facility to check that monkey labor is not being used

‘We will continue to monitor the implementation of the harvest policies and once satisfied will resume purchasing,’ he added.

The products are still being told at Target, Walmart and Kroger’s websites.

Walmart, the nation’s largest retailer, said it is in talks with the manufacturer over the allegations although the product is still being sold on Walmart, Target and Kroger’s websites.

‘Walmart is committed to sourcing responsibility and we expect that our suppliers will not tolerate animal abuse of any kind,’ a Walmart spokesperson told CNN. 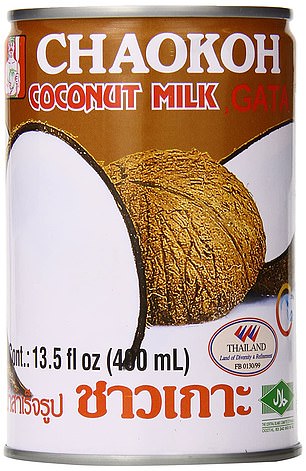 Chaokoh coconut milk is no longer on the shelves at Costco

‘We will continue to engage with this supplier regarding our expectations, the severity of these allegations and that the supplier will take corrective action if needed.’

In July, the Thai government responded to similar claims.

‘But there may still be the pictures of monkey collecting coconuts for tourism on video clips, which created a misunderstanding,’ Jurin said.

Deputy agriculture minister, Mananya Thaiset, echoed his comments. ‘How do you even find that many monkeys to collect large amounts of coconuts to cater to the industry?’ she asked.

Edwin Wiek, of the Wildlife Friends Foundation Thailand that tends to rescued wildlife, said he believed the practice was waning as farmers strived to meet European trade standards.

‘I do believe that monkeys are still being used for the coconut picking. But in the last 15 years, it’s going down at a very big rate,’ he said. Terrified young monkeys are forced to perform frustrating and difficult tasks, such as twisting heavy coconuts until they fall off the trees from a great height. An investigator learned that if monkeys try to defend themselves, their canine teeth may be pulled out 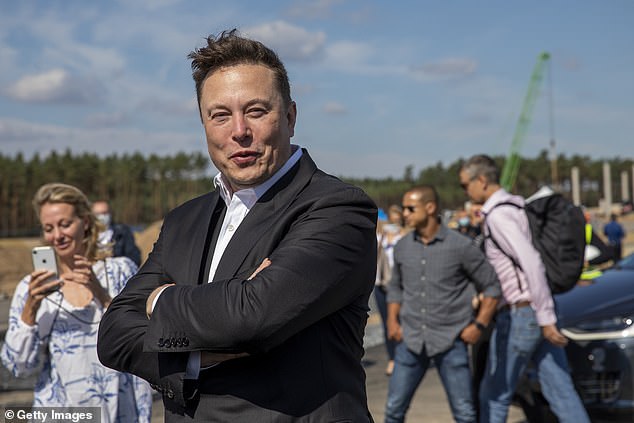 Under what circumstances would a second stimulus check arrive early next year? | The NY Journal