A 41-year-old California pot grower who fled jail after he was convicted of kidnapping and mutilating a medical marijuana dealer in 2012 before leaving him in the Mojave Desert has been sentenced to life in prison without the possibility of parole.

Hossein Nayeri, 41, of Newport Beach, received two consecutive life sentences as well as a third sentence of between seven years and life imprisonment on Friday for what prosecutors referred to as a ‘diabolical’ crime.

Nayeri was arrested in 2014 after his then-wife, Cortney Shegerian, who was secretly cooperating with police, convinced him to travel from Iran to the Czech Republic, where he was nabbed and extradited back to the United States. The sentence was handed down by Orange County Superior Court Judge Gregg L. Prickett at the Harbor Justice Center Newport Beach in Newport Beach on Friday His sentence was reported by The Orange County Register.

A jury last year found Nayeri guilty of the 2012 abduction he carried out with the help of two high school friends in a plot to locate $1million they believed the dispensary owner had buried in the Mojave desert.

No money was ever found.

The three broke into a Newport Beach home and tied up the dispensary owner, along with the girlfriend of the man who owned the house, and forced them into a van.

During a drive into the desert, the men tortured the dispensary owner with rubber piping, a stun gun and a blow torch, demanding he give them the $1million and ignoring his pleas that he didn’t have the money. 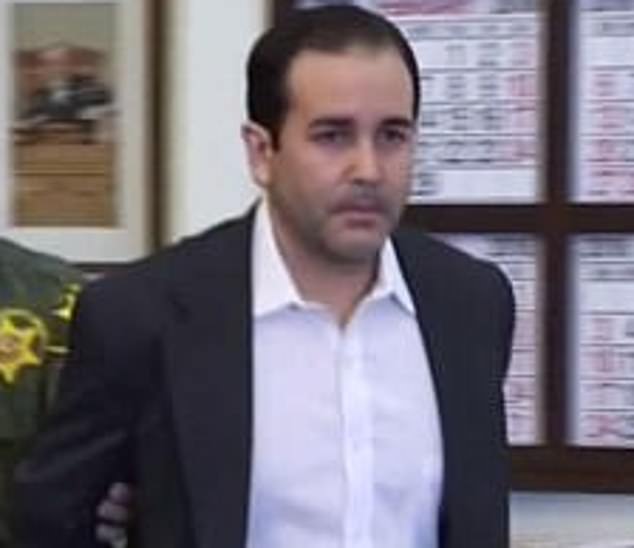 Investigators ultimately identified Nayeri, Kyle Handley, and Ryan Kevorkian as the main suspects. Handley (above), who was the first to be put on trial, was convicted in 2018 and sentenced to four life terms in prison 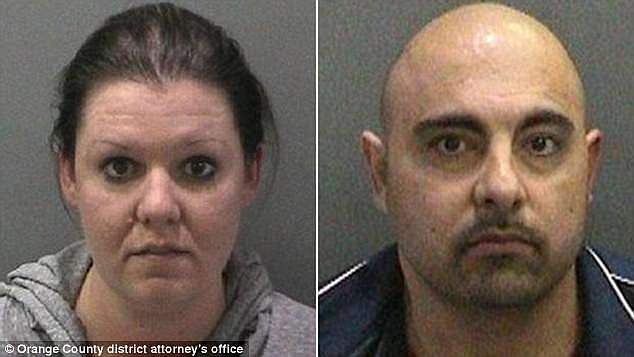 Ryan Kevorkian and his estranged wife, Naomi Rhodus (left), are awaiting trial. Rhodus was accused of purchasing the weapons used in the kidnapping and helping to rent the van. Kevorkian is seen right

When they arrived in the desert, the kidnappers cut off the dispensary owner’s penis.

They left him and the woman, Mary Barnes, still bound, behind and drove off.

The woman and dispensary owner survived, though authorities were unable to recover his missing body part.

Handley, who was the first to be put on trial, was convicted in 2018 and sentenced to four life terms in prison.

Kevorkian and his estranged wife, Naomi Rhodus, are awaiting trial.

Rhodus was accused of purchasing the weapons used in the kidnapping and helping to rent the van.

Prosecutors have said Kevoriak and Rhodus have been cooperative and were willing to testify against Nayeri if needed.

The two are likely to reach plea deals.

Matt Murphy, an Orange County prosecutor, said on Friday that Nayeri ‘assembled this crew of miscreants to commit this horrible crime.’

‘Nayeri is a psychopath,’ Murphy said after the sentencing.

‘He is a truly diabolical criminal.’ 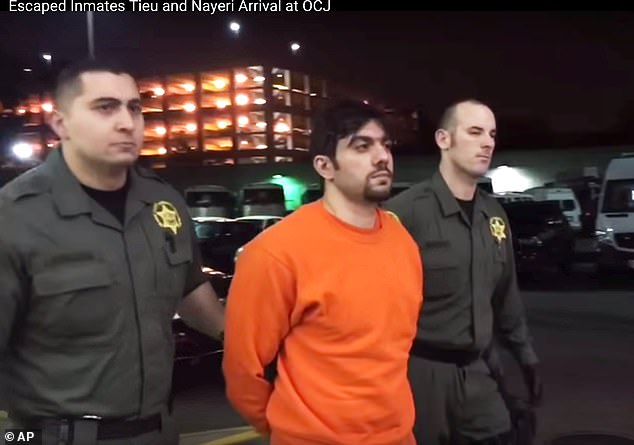 In January 2016, he escaped an Orange County jail along with other inmates with ties to Vietnamese gangs

Nayeri (center) is pictured with inmates Jonathan Tieu (left) and and Bac Duong (right), who staged a prison escape together in Orange County, California, but were recaptured in January 2016

Nayeri fled to Iran but was ultimately arrested. Nayeri’s now ex-wife, Cortney Shegerian, managed to persuade Nayeri to fly to the Czech Republic, where they met while she was secretly working with authorities.

Police had determined that they could have Nayeri extradited back to the United States if he agreed to fly to the Czech Republic to meet Shegerian.

While awaiting trial, Nayeri teamed up with two other inmates to lead a daring escape from Orange County jail, spending a little more than a week on the run before being recaptured.

In March, Nayeri’s ex-wife described how her abusive then-husband compelled her to help him in the brutal plan.

Shegerian told ABC’s 20/20 that her then-husband became ‘obsessed’ with planning the October 2012 kidnapping of the victim.

When her now-ex husband became a suspect in the kidnapping and torture case, Shegerian said she got a chance to make things right for herself and help get justice for the pot dispensary owner and Barnes. 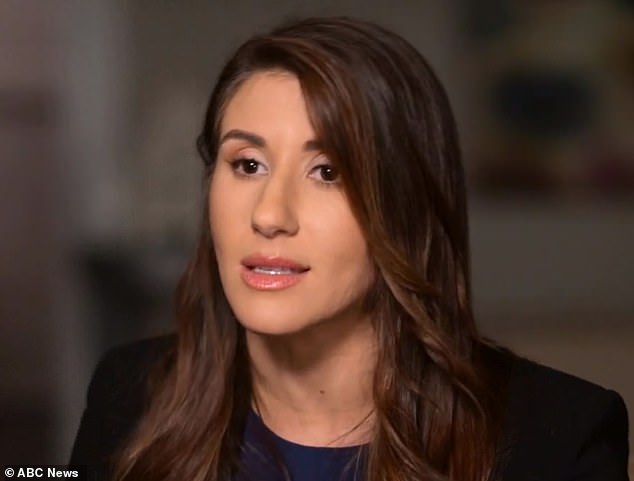 Nayeri fled to Iran and escaped arrest after the kidnapping. His then-wife, Cortney Shegerian (pictured), who was secretly cooperating with police, persuaded him to meet her in the Czech Republic, where authorities arrested him and had him extradited back to the United States in 2014 Shegerian had already divorced Nayeri by the time he was extradited back to the US in 2014 to stand trial for the kidnapping and torture case. She also had the marriage annulled and said that she had feared for her life. He is pictured during his arraignment

When Nayeri was extradited back to the United States in 2014 to stand trial for the kidnapping and torture case, he was locked up in Orange County Central Men’s Jail in California.

In January 2016, he briefly escaped with two other inmates with ties to Vietnamese gangs, but was captured a week later.

Shegerian, who already by then had divorced him and annulled her marriage, said she feared for her life.

‘I became hysterical,’ Shegerian said about the moment she learned Nayeri had escaped.

‘It was my worst nightmare coming alive. He’s going to kill me. There’s no doubt in my mind.’