As London Dreams completed 11 years of its release, director Vipul Amrutlal Shah shared memories from the shoot. He recalled how Salman Khan continued to shoot crucial concert scenes of the film even after losing his dogs – MySon and MyJaan.

Talking about one of the most unforgettable moments from the London Dreams shoot, Vipul said, “As per the schedule, we had two days of shooting sequences of musical concerts, one month apart from each other and both the times, Salman lost his dogs. In spite of losing the dogs, who were so dear to him, he continued to shoot and after pack up at 6 or 7 in the morning, he went from Karjat to Mumbai, picked up his dog, completed the funeral procedure at his farmhouse and reported back to the shoot at 4 pm in the evening and again continued shooting.”

“Since we were shooting concerts and they were very expensive shooting days, Salman didn’t want those days to get cancelled. I was amazed at his professional and human approach that Salman had for those days, forgetting his own pain and looking at all the hard work that the unit was putting in and reporting back on the sets and shooting non-stop without sleeping for 48 hours,” he added.

London Dreams also starred Ajay Devgn and Vipul said that he was warned about shooting with two superstars. However, there were no ego clashes and the experience turned out to be rather smooth.

“To my surprise, the shoot was like a picnic. I don’t think I have laughed so much on any set as I have laughed on the sets of London Dreams because Salman used to crack jokes all the time, and at the same time, Ajay had this tremendous knack of pulling pranks out of nowhere. The experience of working with these two superstars will always be special because they made me feel at home from day one, gave me my complete freedom and worked with me on my vision on how I wanted to shoot the film and create it,” Vipul said.

London Dreams tells the story of childhood friends Arjun (Ajay) and Mannu (Salman). Arjun aspires to perform at a packed Wembley Stadium to win back a family legacy – years ago, his grandfather lost his voice while performing at the prestigious venue.

Mannu joins Arjun’s band but becomes more popular with the audience. Arjun becomes jealous and pushes Mannu into a downward spiral of sex and drugs before their eventual reconciliation.

London Dreams, which also featured Asin in a leading role, marked the Bollywood debut of Aditya Roy Kapur. The film also had Rannvijay Singha and Om Puri in pivotal roles. Priyanka Chopra’s birthday wish for Nick Jonas includes their most precious moments: ‘So grateful you were born’. Watch 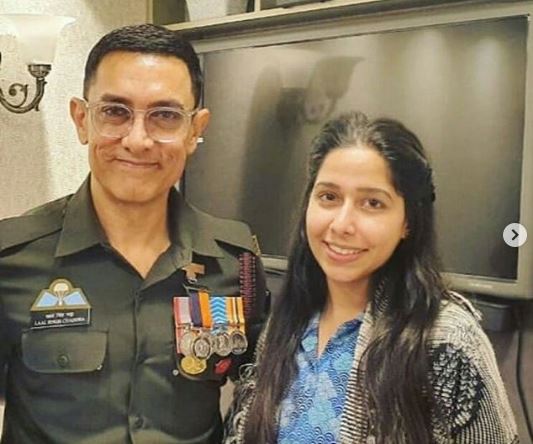