‘Cinderella of the medicinal plant world’: Roadside weed is found to halt the spread of breast cancer without damaging healthy cells

By Joe Pinkstone For Mailonline

A roadside weed with white flowers which was thought to be boring and medically useless is able to kill breast cancer cells while leaving normal cells untouched.

Thale cress, also known by its scientific name Arabidopsis thaliana, is an unassuming member of the cabbage family that grows to around eight inches tall.

Experiments in a lab found its leaves, when treated with a plant hormone found in jasmine, successfully killed the cancer.

The exact way it does this is unknown, but the study also found that while killing the dangerous cancerous cells, healthy tissues are left untouched.

Dr Alessandra Devoto, the biologist leading the project, is hopeful this could lead to better chemotherapy treatments with fewer side effects.

Breast cancer directly affects one in eight women in the UK, most over the age of 50.

Arabidopsis is very simple and for centuries scientists have disregarded it when looking for plants that could help treat human disease. As a result its only contribution to the scientific world so far has been as a ‘model organism’. The weed is often found in grass verges

‘The plant is very much like the ‘Cinderella’ of the medicinal plant world – no one thought it was so special, but it has shown its true colours via our research,’ Dr Devoto said.

‘The discovery has important implications in developing treatments for cancer as well as other diseases.’

Arabidopsis is a very simple planet and for centuries scientists have disregarded it when looking for herbal remedies to human diseases.

As a result, its only contribution to the scientific world so far has been as a ‘model organism’, used in experiments to see how plants as a whole react to certain chemicals or conditions.

For example, an Arabidopsis plant was sent to the far side of the moon via the Chinese Chang’e-4 lander to see how microgravity affects plant growth.

But Dr Devoto, from Royal Holloway University, thought it had more to offer and began looking at its medicinal properties in 2006.

A small weed with white flowers which was thought to be boring and medically useless is able to kill breast cancer cells while leaving normal cells untouched. Thale cress, also known by its scientific name Arabidopsis thaliana, is an unassuming member of the cabbage family

As part of the research, published today in the journal New Phytologist, Dr Devoto wanted to see if the Arabidopsis plant possessed chemicals which could be useful.

The leaves were treated with a chemical called methyljasmonate, a compound found in jasmine, which is normally produced by the plant when under stress.

Once the leaves were emitting all their hormones, they were incubated with cell cultures of breast cancer to see how it impacted their growth.

Professor Devoto said: ‘I am truly excited to have discovered the amazing impact this unassuming plant has on breast cancer cells.

‘It just proves that even plants with a non-medicinal pedigree can work for cancer treatment.’

Co-authors of the research Dr Amanda Harvey at Brunel University London, and Professor Nicholas Smirnoff at University of Exeter say the next step is to identify which exact compounds made by Thale cress are killing the cancer.

China grows plants on the far side of the moon

China’s Chang’e-4 mission successfully started growing plants on the moon at the start of 2019.

Cotton seeds can be seen sprouting in a photo released by the China National Space Administration (CNSA).

The mission took a variety of seeds to the moon as part of its biosphere experiment and this marks the first time ever that biological material has been cultivated on the lunar surface.

More plants are expected to sprout in the next 100 days, the Chinese space agency claims.

Developing the ability to grow plants in space is an important step towards successful long duration space flight to Mars and beyond. 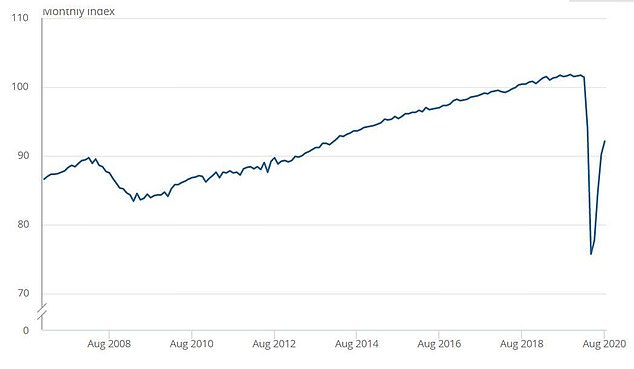 UK economy grew by just 2.1 per cent in August