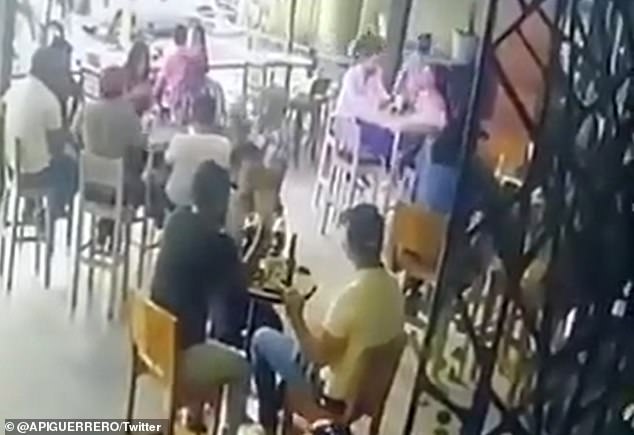 The two men were seen walking into the Litrus bar in Chilipacingo, Guerrero on October 17 where they stepped up to the table where seven guests were sitting at and fired at close range.

Guerrero state prosecutor’s office said the dead victims included two men and a woman. It’s unknown if the shooting was sparked by the cartel violence that continues to plague Mexico.

A group sitting at a table (top left) was attacked by two armed men on October 17 in Guerrero, Mexico. The shooting left one of the patrons at the table dead along with two other people who also died in the attack, which left four people with gunshot wounds. No arrests have been reported 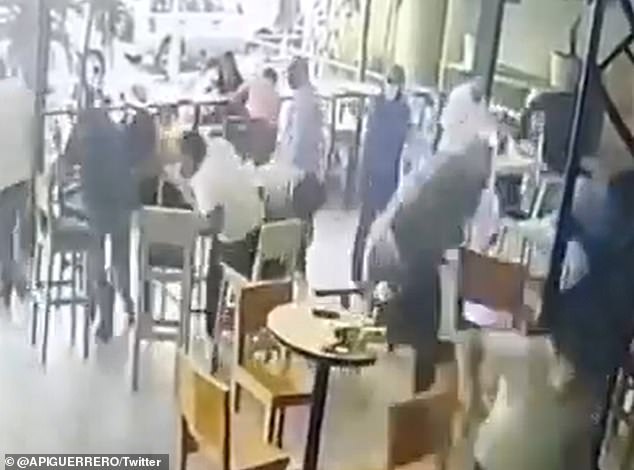 One of the men pointed his gun at a male victim’s head and let off one the first shot, which appeared to strike him on the side of the head as the man fell off his chair and crashed to the ground.

The tragic shooting sent panicked guests at the table and others at the bar running for cover.

The shooter then stepped back and fired a couple of more shots at the man while he was on the ground. Surveillance camera from a bar in Guerrero, Mexico, captured the tragic moment two men (pictured standing) walked up to a table to seven patrons and opened fired. The October 17 shooting left three people dead and four others with gunshot wounds

A gunman at a bar in Guerrero, Mexico, aims his weapon at a man after his accomplice shot him multiple times in the October 17 attack which left three people dead, including a woman, and four other customers wounded

His accomplice, who in the video appeared to be wearing a white mask, stood to the side and fired multiple shots throughout the bar.

He then fired at least two more shots at their intended target before they fled the bar.

No arrests have been reported since the viral video was released on social media. 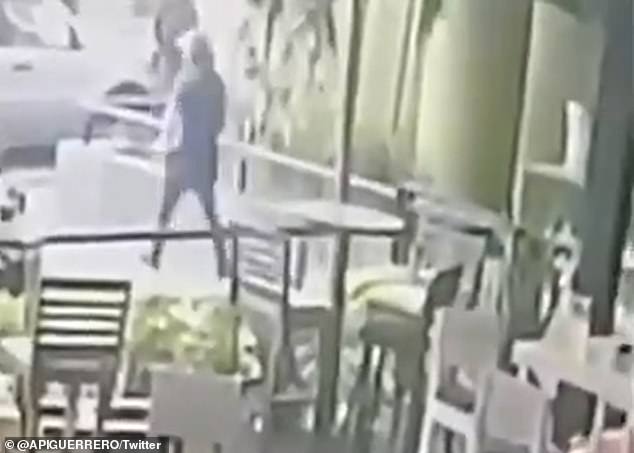 Authorities haven’t announced any arrests linked to the October 17 bar shooting that left three people dead and four others wounded. Pictured is one of the two suspects who opened fire at a table with seven customers, including one who was shot in the head Can I claim the stimulus money that the IRS still owes me on my 2020 tax return? | The NY Journal 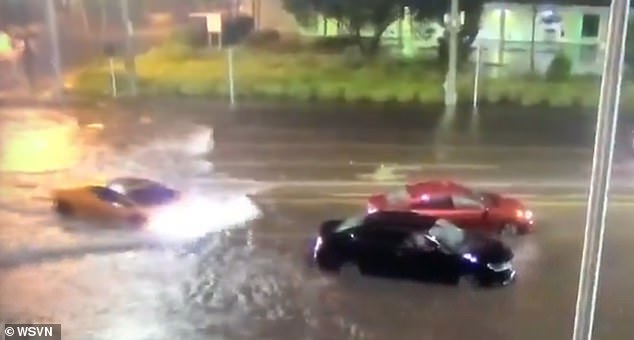 Unprecedented Decision: Administration Will Use ICE Agents To Suppress Election Riots | The opinion