Billionaire Amazon CEO Jeff Bezos ‘has his sights set on CNN’ amid claims AT&T could sell the network as it tries to shed massive debt, report says

By Karen Ruiz For Dailymail.com and Ross Ibbetson For Mailonline

The richest man in the world Jeff Bezos has set his sights on CNN amid claims that its owner AT&T wants to offload massive debt, according to a report.

The Amazon boss, who owns The Washington Post, is the subject of ‘pretty hot and heavy’ speculation and ‘rampant’ Wall Street chatter.

The 56-year-old worth $193 billion would need to shell out an estimated $10 billion for the cable news company but top Republicans have already come out hard against any such acquisition.

AT&T, which bought Time Warner for $85 billion in 2016, has been saddled with tens of billions of debt, and its shares have fallen by more than 31 percent this year. CNN is an asset that could be shed in the tough months ahead, analysts told Fox Business.

Amazon’s profits have exploded since the pandemic struck – its share price has soared by 50 percent since March – as people have been forced to shop online. While the reports remain unconfirmed, Fox’s Charles Gasparino said the claims could be ‘foreshadowing something might come in the future.’

As well as seeking to get out of debt, AT&T is also thought to be reviewing the content production across its networks and is keen to shift away from anything ‘controversial’.

‘No one really has qualms about Turner Classic Movies, but CNN is a lightning rod and you know why, particularly with Republicans,’ one banker told Fox.

AT&T’s top brass led by CEO John Stankey and Chairman Randall Stephenson used to believe that CNN was a central element of its deal with TimeWarner, however they have grown wary of the cable network’s ‘hot button, left-leaning political commentary,’ according to Fox.

AT&T doesn’t break down CNN’s profits in financial statements but experts say that the network is sufficiently lucrative, despite lagging behind Fox and MSBNC in ratings.

Rich Greenfield, a partner and media and technology analyst at independent research firm LightShed Partners, said that other potential suitors for the CNN takeover include CBS News (ViacomCBS) and NBC News (Comcast).

He added that he doesn’t see CNN being put on the market as a single asset and that it would likely be bundled up with the rest of AT&T’s Turner Broadcasting division which includes TNT, TBS, truTV, Cartoon Network and Turner Classic Movies.

Bezos bought The Washington Post for $250million cash under his holding company, Nash Holdings, in 2013.

A source close to Bezos poured scorn on the story, telling Fox: ‘There has been zero talk on this.’

Bezos did not respond to requests for comment from Fox Business, and CNN declined to comment. AT&T told the network it has not received any interest from Bezos. 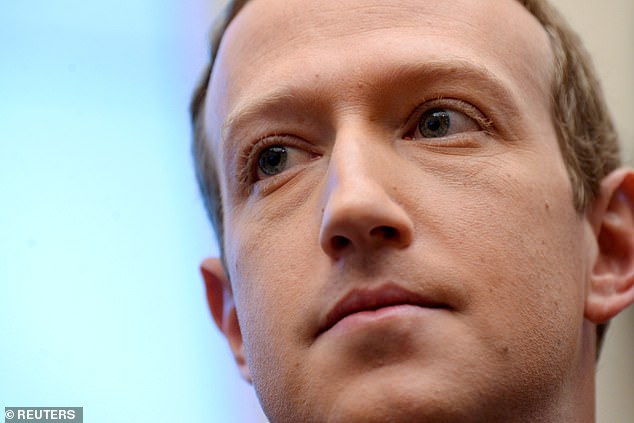 Facebook will curb internal debate over politics, racial justice and the coronavirus pandemic