Actor Shah Rukh Khan gave a sweet treat to his fans by hosting an ‘Ask Me Anything’ session on Twitter on Tuesday. Shah Rukh took on questions and requests, some from his die-hard fans and some from rude Twitter trolls, responsding to them in his usual witty fashion.

One troll asked if the actor was planning to sell his home. “Bhai Mannat bechne wale ho kya,” they had asked. Replying to their tweet, Shah Rukh wrote, “Bhai Mannat bikti nahi sar jhuka kar maangi jaati hai….yaad rakhoge toh life mein kuch paa sakogay (Brother, you cannot sell Mannat–Urdu word for a prayer– but asked for it with a bowed head. Remember this if you want to achieve anything in life).”

A fan asked Shah Rukh what gift he had given to wife Gauri Khan on their recent wedding anniversary. Shah Rukh replied, “What gift can I give to the biggest gift in my life?” Another fan asked what they should eat to become like Shah Rukh. The actor quipped, “This is a joke….I read sometime back. I don’t mean it, it’s just a joke…’ people say u r wot u eat, but I don’t remember eating a legend ever’.”

Shah Rukh also teased his fans about an upcoming project. When someone asked if he will be watching his film Dilwale Dulhania Layenge in Dubai, he said, “Not really will wait to watch a new film of mine in the theatres perhaps.”Will start shoot, then post production then cinemas to normalise…will take about a year I reckon,” he said.

One has to believe in what you do and stand by what you do…achievements and acceptance is in the hands of the viewer….your faith is in your heart. https://t.co/4M2ftMxbOv

Shah Rukh’s last release was 2018’s Zero with Katrina Kaif and Anushka Sharma. The film was a flop and he has not announced his next project since. When a fan asked, “Do you regret choosing bad scripts in the last 10 years?”, Shah Rukh replied, “One has to believe in what you do and stand by what you do…achievements and acceptance is in the hands of the viewer….your faith is in your heart.”

Also read: Sonu Sood shares proof as man accuses him of offering help to fake accounts, a PR stunt: ‘I find a needy, they somehow find me’

Shah Rukh is currently in Dubai withhis whole family for the Indian Premiere League. He was spotted at multiple Kolkata Knight Riders s with his family. 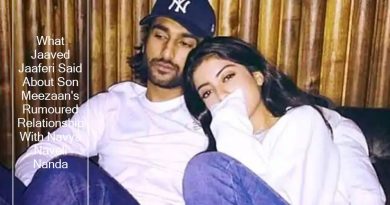