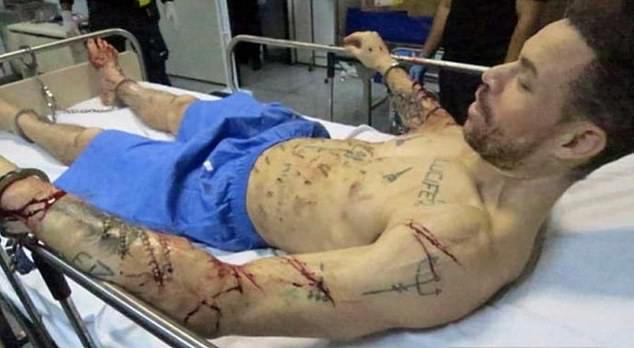 
A thief-turned-serial killer nicknamed Lucifer has been blamed for murdering 48 other inmates during his 25 years behind bars in Brazil.

First jailed for petty theft as a teenager in 1995, 42-year-old Marcos Paulo da Silva is known to cut off the heads of his fellow inmates before disembowelling their dead bodies.

In one case he is said to have murdered five inmates in one go in Serra Azul Jail in Sao Paulo in 2011 in one of his bloodiest attacks to date.

He now faces dying behind bars himself after his killing spree left him with multiple convictions and jail sentences totalling 217 years, although according to local reports he has yet to be tried for many of his crimes.

Marcos Paulo da Silva, 42, told a judge he had ‘no regrets about killing all these people’

Da Silva is said to have told a judge recently: ‘I have no regrets about killing all these people.

‘They were rapists and thieves who took advantage of other inmates and robbed them.’

While he has officially been charged with carrying out six murders and ordering the killings of two others, he told the judge that he had killed as many as 48 people in state prisons.

Psychologists who have evaluated da Silva say his killing career began in prison, after he had never committed any murders on the outside.

His astonishing prison history was laid bare in a recent report by Brazilian online firm UOL which has been picked up by newspapers in South America as well as Portugal.

He has been described as the leader of a gang of assassins created with the mission of murdering members of the PCC, one of Brazil’s leading gangs said to have been formed by inmates as a self-protection group in the country’s brutal prison system.

Da Silva switched allegiances and turned against PCC after joining the gang as a 19-year-old following his first teenage conviction.

He quit the group because it started to focus only on capitalism, profit and abandoned the struggle in favor of the prison population’, according to news magazine Veja.

In 2011 da Silva is said to have murdered five people at Sao Paulo’s Serra Azul jail, before ordering the deaths of two prisoners at another prison in the state.

By 2015, prison authorities demanded that he be moved into federal facilities, but he later ended up back in Sao Paulo after passing through a series of prisons.

On one occasion he is said to have mutilated himself in several places, leading guards to handcuff him to a stretcher so that he could receive medical care.

Prison guards told UOL it was only a ‘question of time’ before da Silva, covered in tattoos which include skulls, devils and a swastika, kills again once he is transferred to a new prison.

Da Silva also has the phrase ‘Lucifer, my protector’ tattooed on his body, Brazilian media says, giving him his satanic nickname.

He reportedly used a fire extinguisher to knock his Serra Azul Prison victims unconscious before beheading them with a home-made knife in his most infamous jail massacre to date.

He is said to have yelled: ‘I love this, there’s so few, I want to kill more prisoners’ as he snubbed out their lives. 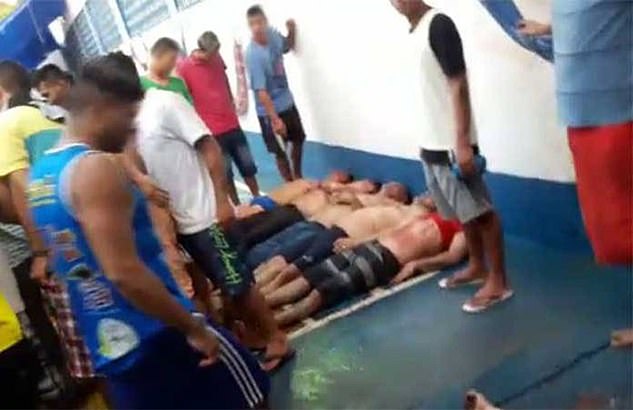 The number of prisons willing to take him is now drying up. Psychologists say he is not mentally ill but does suffer from a personality disorder that needs to be urgently treated.

Bronson, 67, has spent the last 45 years in prison after repeatedly having his sentence increased for attacking prison staff and taking them hostage.

He was first sentenced to seven years in jail. He was given life for kidnapping a prison teacher in 1999 after several sentence extensions.

His life was played out on the big screen with actor Tom Hardy playing him in the film Bronson to great critical acclaim.

In 2014 Bronson, born Michael Gordon Peterson, announced he was changing his name to Charles Salvador as a tribute to the artist Salvador Dali. Biden closes campaign: “It is time for Trump to pack his bags and go home” | The NY Journal