Dubai: Indian expat Kevin D’Souza, 32, has owned his iPhone 7 for years now, and sees no reason for changing the device.

“I will only buy another phone when I am convinced that it will give me the same performance and stability which is very important. I have not experienced any other brand or operating system that gives me the same level of satisfaction,” D’Souza, who works as a regional sales manager for a Dubai company, said.

UAE residents have pushed their deadline to purchase smartphones to every three years from previously one to two years. Added to this, with the pandemic pretty much holding the world to ransom, smartphone users seem to be showing signs of fatigue in the UAE.

“Earlier, when smartphones came out with their releases, there was a big difference in performance and technical specifications from the previous year. Newer apps required phones with updated and advanced hardware. Thus, we were bound and somewhat obliged to change phones to be able to use newer applications and keep up with market trends,” D’Souza said.

However, smartphones produced in the last three years still support applications developed now and many manufacturers guarantee updates and support for phones for a minimum of two to three years to encourage people to buy their brands. “Thus, you now see more people keeping up with their phones for at least two years,” said D’Souza.

Take this: Several mobile operators now offer ‘24 months’ bundle offers which further encourages people to keep using existing devices. The iPhone is one device that revolutionised the mobile phone domain by combining and bringing together a touch screen, good camera, solid and stable operating system and a high performance hardware bundled together all in one device.

Adam Irshaid and Zack Koenig, 17-year old French expat students living in Dubai agreed. “My phone is two years old and I have no plans of changing it anytime soon. All I need my phone for is internet and to make phone calls. The camera has never been important to me,” said Irshaid.

Koenig said: “Phones are a fundamental part of today’s society. I don’t think they have reached their all-time high, considering there is always something that can be improved technologically. As long as it works and has the right technological ability in terms of minimal function glitches, easily downloadable music systems, and good camera quality (just to name a few) I am happy.”

The French student said he has not upgraded his phone in the last three years and it is working well. “The last phone I had only lasted a little over two years. This shows an overall improvement in the quality of the smartphone industry.”

Indian expat Sandesh Patil, 35, programmatic director agreed also that smartphone buyers are getting fatigued with the plethora of options. “If you see the screens, we now have phones that are reaching nearly 100 per cent screen-to-body ratio.” Patil said: “Holographic displays, eco-friendly smartphones, educational tools, flexible frames. I imagine the future phones will rely more on integrating our physical lives with our digital lives. They probably won’t resemble the handsets we’re used to now. They’ll be built into other devices and products. Imagine a pair of glasses that can display a digital overlay on top of your physical surroundings.”

He said his Huawei Mate pro30 is a little over a year old. Patil is considering to switch to iPhone 12. “There is almost no limit to what I do with a smartphone these days. Work, entertainment, listen to productivity podcasts, brush up my skills, learn a new language, declutter your inbox, planning ahead, reading books, learn a new skill, networking — reach out to your industry professionals to make yourself visible. For me, a phone is both functional and fancy.”

Lebanese expat Hicham Eid, 30, working as a digital sales manager in Dubai, however said, the word ‘fatigue’ for smart phones was a bit harsh. Sure, the gap has been increasing for people switching phones — and it is now clearly leaning towards three years. “But remember, we are in the era of smartphone brands polishing their products from all angles, i.e., design, technology, speed and more. That’s a good place to be right now as a consumer as these smartphones will accommodate our lives in a much better way,” said Eid.

He said those looking for flying phones will be left disappointed. “People looking to maximise efficiencies around personal, social and career networking will be in for surprises when brands innovate, i.e., flexible screens, dual screens. For me, I’m looking for efficiencies — I care about my battery duration, the speed of my processor, and a smartphone with no limitations,” said Eid, who is enjoying his iPhone X, which he bought two years ago. “I usually upgrade every three years as that is when the wear outs happen. If an innovative model came along, I would be interested, however. My upgrade would be either a new iPhone 12 or the Samsung Galaxy Fold 2.”

“The smart phone is a utility tool, completely functional — I use it to connect with my family, my friends and my colleagues through it. With today’s features, I don’t really have expectations beyond the current market norm, but I’m always ready to be surprised.”

Another French expat Sabrina Maubert, 50, working as a sales and administrative coordinator said: “Ever since I relocated to Dubai from New York, I found myself using the social network even more. It has helped me to remain connected to family and friends. That’s crucial for me as it eases my everyday life. Pictures are very important to me so the camera quality is essential. I use my smartphone to chat, send voice messages, documents, videos, social network and then to call!”

Maubert said as far as fatigue regarding smartphones go, she said it all depended on age of the consumer and point of interest. “My phone is a Samsung 8. I will probably get another one for Christmas maybe the Samsung S20. I am very much interested with the camera set-up and its primary 108MP sensor, it’s one of the best to me.” 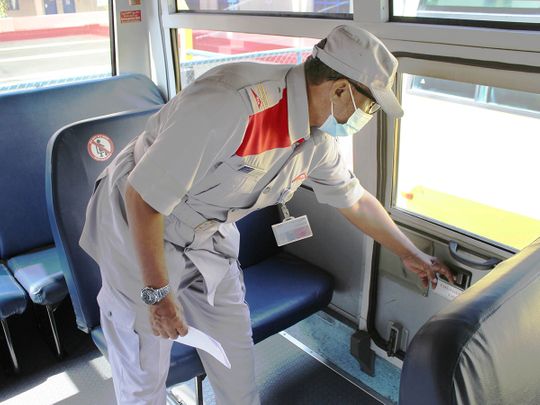 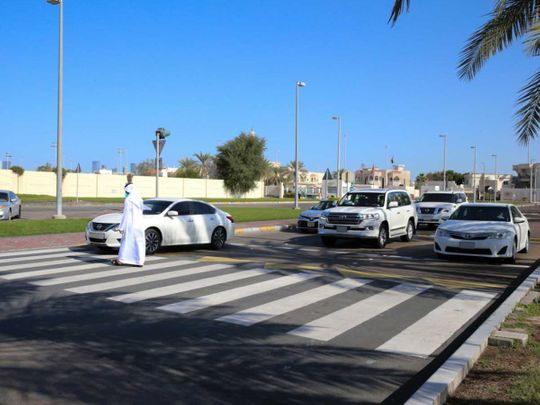 Why Worry: ‘I can’t live with my wife. I can’t leave her’