Donald Trump says ‘thank you’ to the New York Post after it becomes biggest newspaper to endorse him – as he claims the rest of the media will stop reporting ‘COVID, COVID, COVID’ after election day

Donald Trump sent a big ‘thank you’ to the New York Post after it became the biggest newspaper to endorse his reelection candidacy – but just two hours earlier the president posted one of his trademark tweets excoriating the ‘fake news.’

The president claims his response to the coronavirus pandemic could not have been handled better, insisting he wouldn’t have done anything differently if given the chance.

Instead, he says Democrats and the media are focusing on the response to hurt his reelection chances, which he says is a failing strategy.

Trump has suggested that the widespread focus of the coronavirus pandemic across all media will cease after November 3.

Less than two hours after launching his latest attack on the media, Trump posted an editorial board article from his former hometown newspaper, the New York Post, endorsing the president.

‘Thank you! #MAGA’ Trump tweeted, along with a link to the editorial published Monday morning and titled ‘The New York Post endorses President Donald J. Trump for re-election’.

The main argument of the editorial board’s article was that this election, more so than others, even, is about the economy, which they claim Trump handles better than Democratic nominee Joe Biden.

‘We can return to the explosive job creation, rising wages and general prosperity we had before the pandemic,’ the op/ed reasoned in its opening. ‘We can have economic freedom and opportunity, and resist cancel culture and censorship. We can put annus horribilis, 2020, behind us and make America great again, again. We can do all this — if we make the right choice on Nov. 3.’

Other media outlets that have endorsed Trump for his 2020 reelection include the Las Vegas Review-Journal, Santa Barbara News-Press, Arkansas Democrat-Gazette and the Washington state-based Spokesman Review. 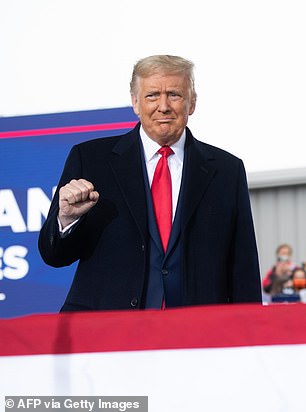 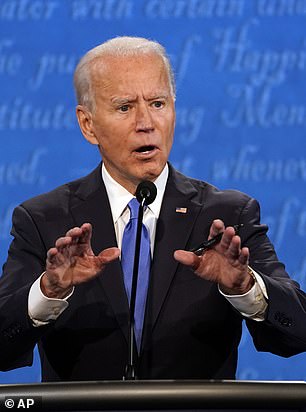 The New York Post is by-far the largest news source that has put their backing behind Trump.

The Post was once the lifelong New Yorker’s home newspaper, but Trump changed his residency to Florida last year after claiming he no longer felt like New York was home.

More than 100 other newspapers and media outlets have endorsed Joe Biden – just further backing up the president insistence that the media has a widely anti-Trump bias.

Among those who endorsed Biden are The New York Times, The Washington Post, Boston Globe, USA Today and New York Daily News, among several other big-name and small-name newspapers.

Without a bra, Alexa Dellanos heats up Instagram and leaves her fans breathless | The NY Journal