REVEALED: Delta Air Lines has banned more than 400 passengers for ‘refusing to comply’ with its face mask mandate

By Lauren Edmonds For Dailymail.com

More than 400 travelers won’t be flying with Delta Air Lines anymore after they were banned for flouting its strict face mask policy, according to a memo.

In just five months, the no-fly list for ‘The World’s Most Trusted Airline’ has jumped by hundreds as wary travelers slowly return to the skies.

‘As of this week, we’ve added 460 people to our no-fly list for refusing to comply with our mask requirement,’ Delta CEO Ed Bastian told employees, CNN reports. 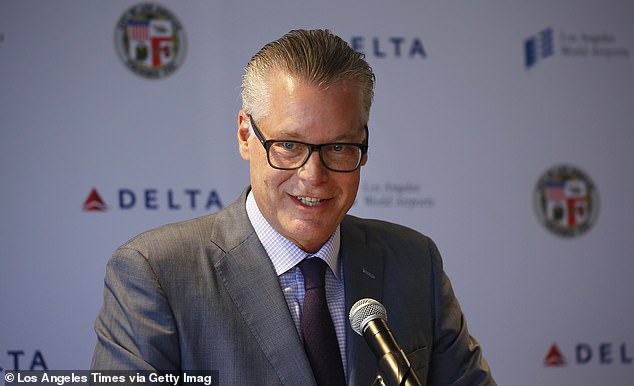 Delta Air Lines CEO Ed Bastian (pictured): ‘We remind them several times over the course of getting ready to take off to please keep that mask on. But if they insist upon not wearing it — we insist that they’re not going to travel on Delta today’

It comes after Delta implemented its face covering mandate on May 4, when just over 1.1million Americans were infected and 68,000 had died. As of Sunday, that number has skyrocketed to 8.7million cases and a death toll of 224,900.

All major airlines have implemented face mask mandates, but a federal one was never ordered by the Trump administration.

In August, Delta Airlines revealed that it prohibited around 270 passengers since the pandemic began.

‘You can’t get on the plane without wearing your mask. But we do have some customers that don’t want to keep their mask on during flight,’ Bastian told CNN Business at the time.

‘We remind them several times over the course of getting ready to take off to please keep that mask on. But if they insist upon not wearing it — we insist that they’re not going to travel on Delta today.’ Travelers wearing protective masks wait to board a flight at the Delta Air Lines Terminal A on opening day of the Salt Lake City International Airport in Salt Lake City, Utah A traveler walks through a terminal as a Delta flight taxis on the tarmac behind at Ronald Reagan Washington National Airport in Arlington, Virginia

But airlines have not shared their ‘no-fly’ lists with each other, meaning it’s possible for a passenger to be barred from Spirit Airlines and still book flights with United Airlines.

The airline industry was dealt a crushing blow in March as lockdown restrictions were instituted and would-be passengers avoided unnecessary travel.

Since then, Delta has managed to regain some traction as Americans gradually fly more, but it’s well below what the company typically saw.

Recently, an unidentified passenger caused a commotion when she refused to properly wear a face covering and punched a flight attendant. 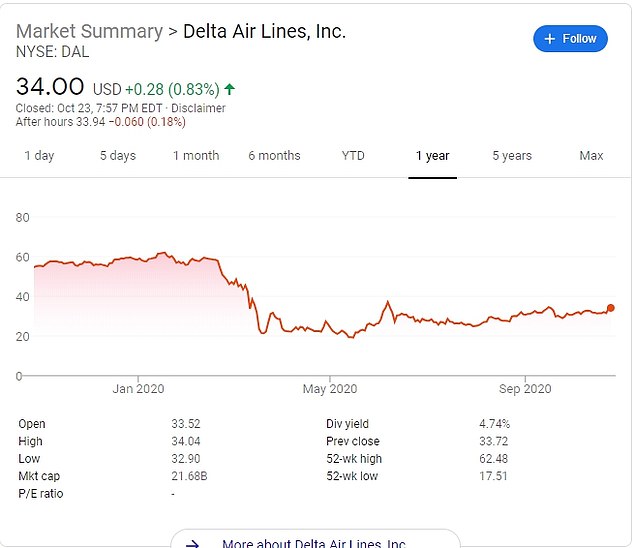 Pictured: a look at Delta Air Lines stock price over the past year shows the damaging fallout from the COVID-19 pandemic 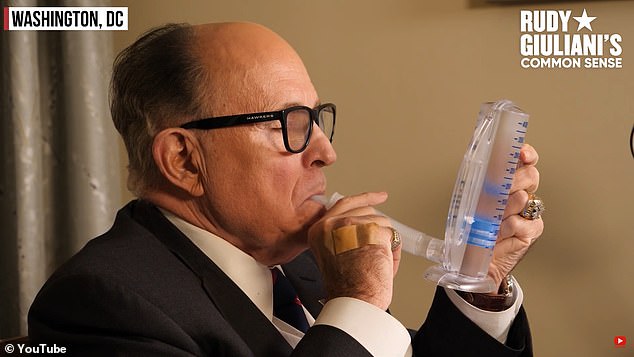